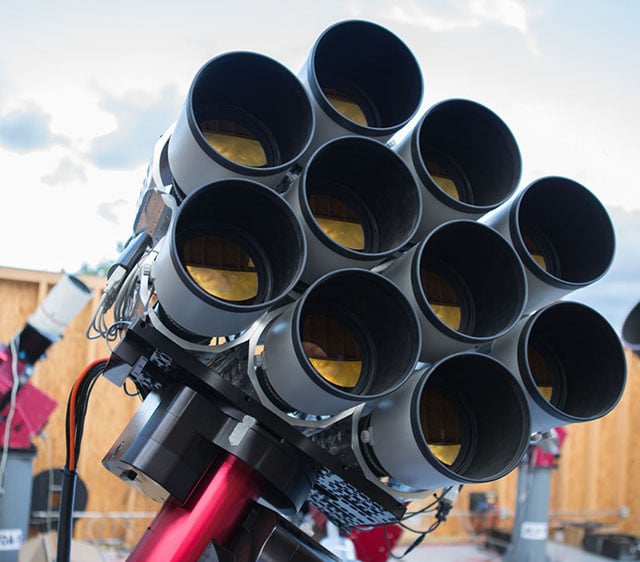 Now here’s a neat use of Canon’s lenses: the University of Toronto owns one of the smallest professional astronomical telescopes in the world that uses an array of photographic camera lenses instead of a single lens. Called the Dragonfly Telephoto Array, it uses ten ordinary Canon 400mm f/2.8L IS II lenses that cost $9,999 each. That’s $100,000 in photo gear.


The telescope was born back in 2013 with only three lenses. Since then, more have been added, increasing the size of the telescope and improving its ability to detect extremely faint details around distant galaxies.

According to the university, the Dragonfly can actually see things that the “largest, most advanced” telescopes can’t thanks to the nano-coatings found on the optical glass, which helps to reduce scattered light that get in the way of details.

The multiple lenses — designed to mimic a dragonfly’s compound eye — also help overcome unwanted light interference since the images from each lens can be compared with the others. Scientists say the telescope is 10 times more efficient than its nearest rivals.

Here’s an example of a galaxy photo that the Dragonfly was used to capture: 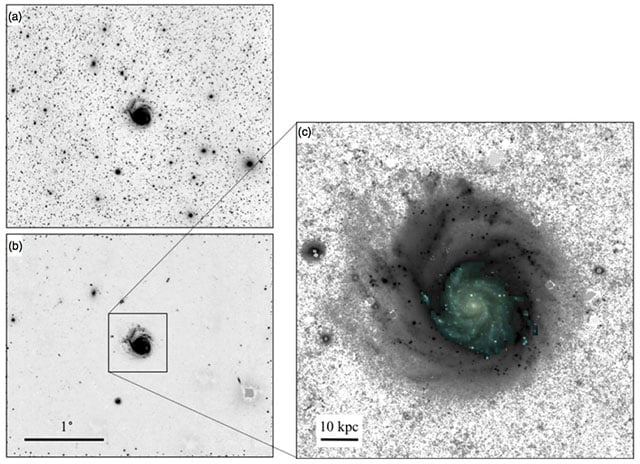 More information about the Dragonfly, and research papers published using it, can be found on the University of Toronto website.

Image credits: Photographs by the University of Toronto and Yale University