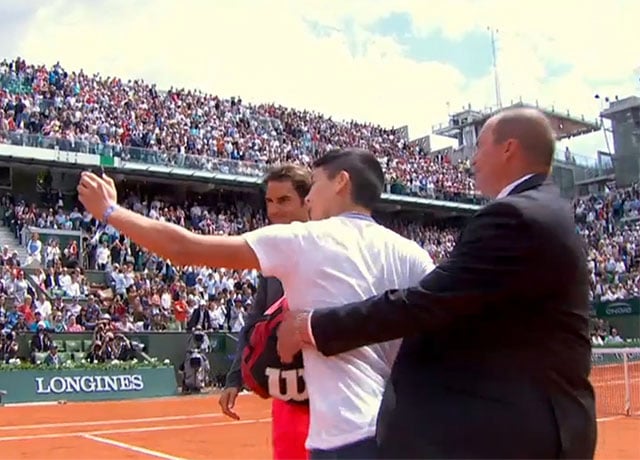 The 2015 French Open is underway in the tennis world, and one of the big news stories of the first round doesn’t even have to do with tennis. After tennis superstar Roger Federer easily won his first round match today, a young fan sprinted onto the tennis court and attempted to take a selfie with Federer.

Here’s a short clip of what happened. The commentators say that the kid eluded security and, “true to his generation,” tried to take a selfie:

At a press conference afterward, Federer made it clear that he was not happy about the unexpected photo request.

Federer’s concern is understandable: back in 1993, then-top ranked tennis place Monica Seles was stabbed by a fan who rushed onto the court during a match. Major tennis tournaments may have to move to beef up security even more after this latest selfie incident.

How JPEG Handles Colors and Compression