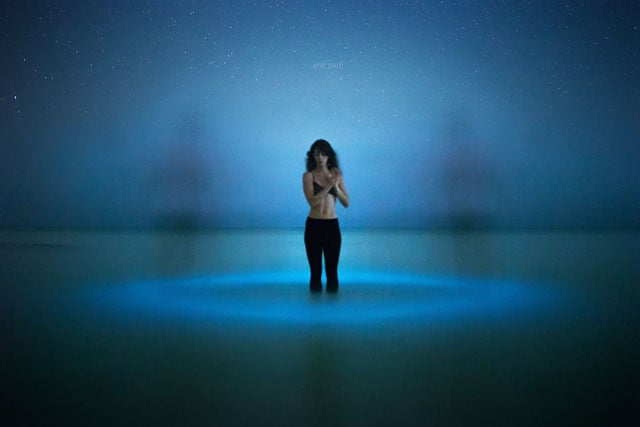 Photographer Eric Paré has built much of his career around the concept of light painting, but a recent photo shoot he did involved a very different source of lighting: the bioluminescence of glowing plankton.

“Basically, those little creatures can emit light when activated. So we simply ran into the ocean like crazy and it started to glow,” Paré tells PetaPixel.

Specific types of plankton have the ability to glow when startled in order to distract or confuse predators. The light helps attract bigger predators that eat the plankton’s predators.

There are a number of well-known beaches that glow at night when the algae-filled waves crash into the sands. Paré recently visited one of them, Holbox Island in Mexico, during a recent public art festival in the area. 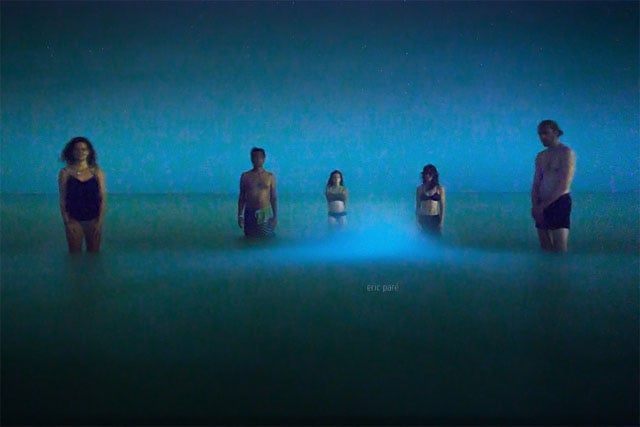 To capture these photographs, Paré had his subjects pose motionless in the ocean during 30-second exposures at a “very high ISO.” The results were grainy, but Paré says he’s pleased with what turned out given the fact that there was very little moonlight that night.

Image credits: Photographs by Eric Paré and used with permission

Dear Canon and Nikon, I Have Some Suggestions