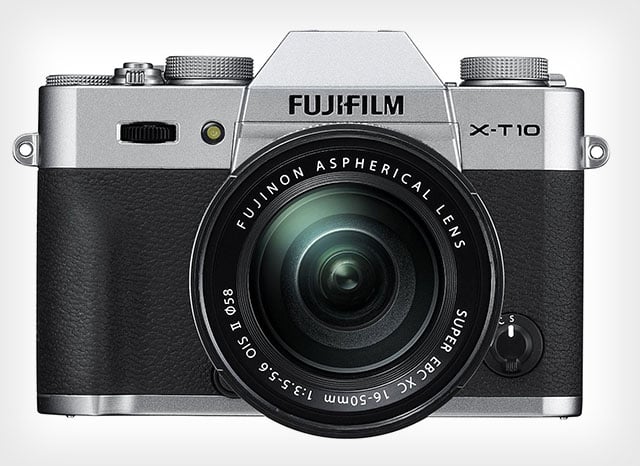 Fujifilm today announced the X-T10, a sleek sibling to the highly-acclaimed X-T1 that’s smaller in size, lighter in weight and cost, and more beginner-friendly in features.


Inside the X-T10 is a 16.3 megapixel APS-C X-Trans CMOS II sensor and an EXR Processor II that are designed for speed. The camera has a maximum ISO of 6400 (expandable to 51200), a phase detection autofocus speed of 0.06 seconds, a startup time of 0.5 seconds, shutter time lag of 0.005 seconds, a shooting interval of 0.5 seconds, and a continuous shooting speed of 8 frames per second. The X-T10 will launch with the same autofocus features that the X-T1 will soon be getting through a firmware update. There’s a 77-point autofocus system that can be used in accurate single-point mode or through Zone and Wide/Tracking modes that use 3×3, 3×5, or 3×5 zones that the photographer selects. 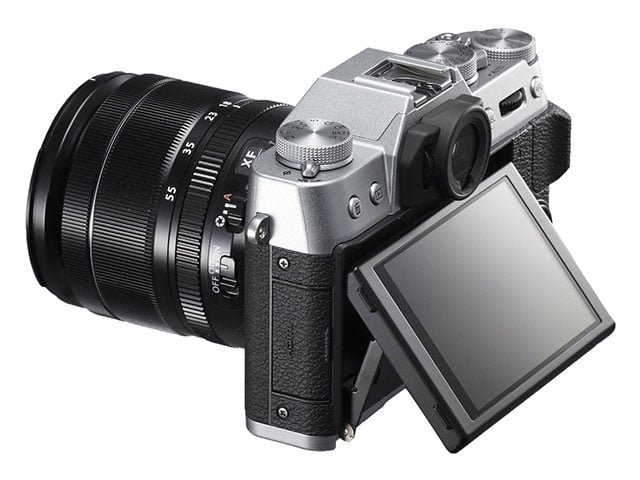 On the back of the X-T10 is a 3-inch 920K-dot tilting LCD screen and a 2.36-million-dot OLED electronic viewfinder with a magnification of 0.62x and a lag time of just 0.005 seconds for a natural view. 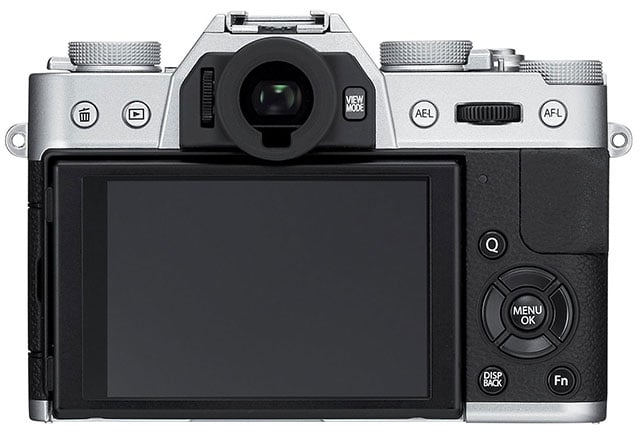 One feature that’s geared toward introductory shooters is the new Auto Mode Switch lever that’s found on top of the camera next to the shutter speed dial. By switching this lever to Auto, the photographer can turn on the Advanced Scene Recognition mode, which chooses the best settings for each shot to deliver properly exposed shots.

A pop-up flash on top of the camera also uses the scene recognition technology to adjust light output for different scenes.

Here’s a hands-on review of the X-T10 by DigitalRev TV:

Here’s a hands-on field test of the camera by The Camera Store TV: