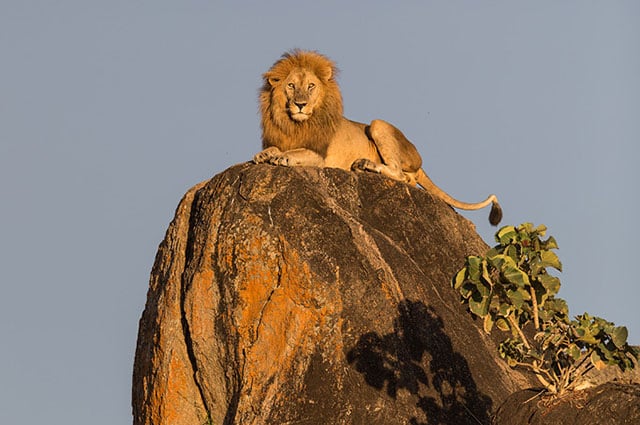 I recently spent a few days in Kidepo Valley National Park, a remote reserve in the North of Uganda that borders South Sudan and Kenya. 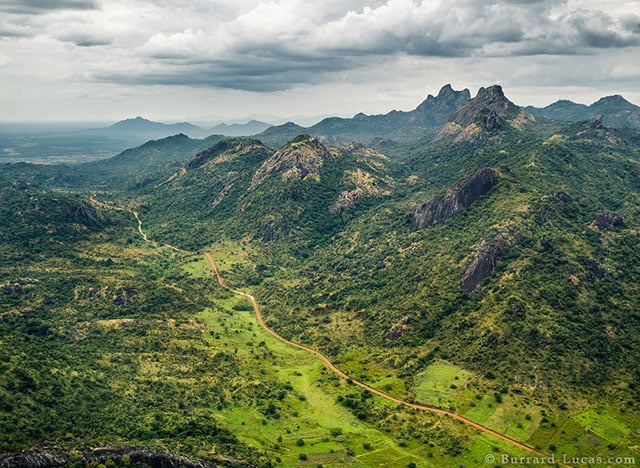 I hadn’t been in the Valley long when I met the resident male lion, a handsome chap known as “Spartacus”. It was late in the afternoon and the light was beautiful, but he was in long grass and I couldn’t get a clear shot. Over to my right was a beautiful kopje (a small hill) and I thought it would be an incredible shot if he sat on top of it. Well, he must have heard my thoughts because the next thing I knew, he was up and heading in that direction. 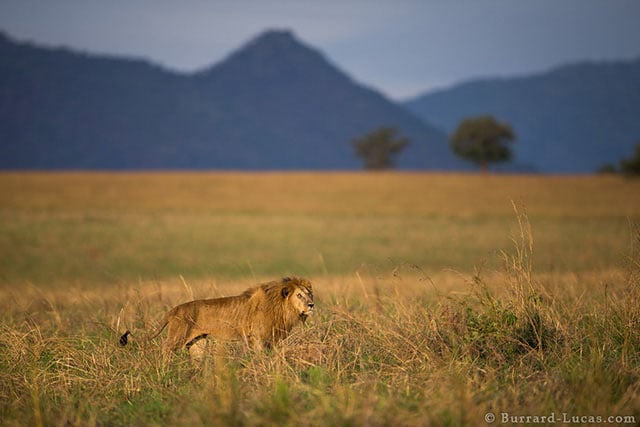 I willed him to keep going and I was pinching myself as he started to climb. He sat himself down exactly where I had hoped and then looked at me with his regal gaze. I couldn’t believe my luck! It is so rare that a wild animal actually does what you want it to! In front of me was a scene straight out of the Lion King… 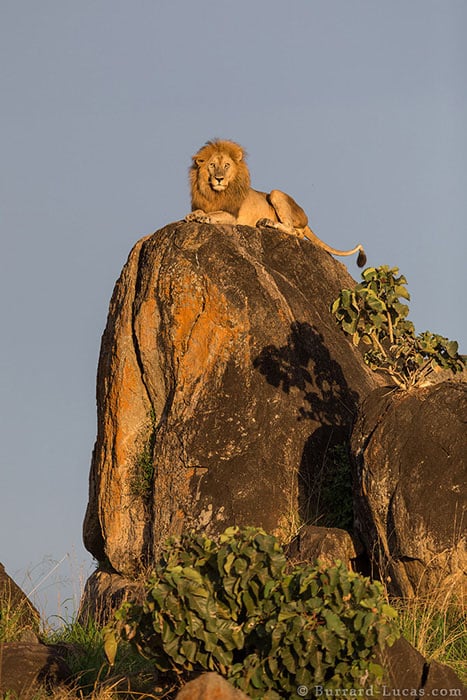 After I had the front-lit shot, I moved round to silhouette him as the sun went down behind the distant mountains. It was a thrilling welcome to the Kidepo Valley! 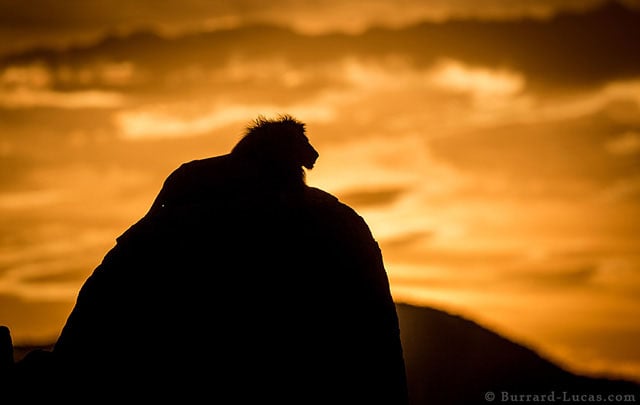 I didn’t see Spartacus again after this encounter, but the “Lion King” photo above went viral online. It has been liked over 150,000 times on Facebook because it reminds people of Disney’s animated movie.

Want to See What Your Photo Would Look Like on an Old Commodore 64 Computer?

How NOT to Take a Picture with Mike Tyson