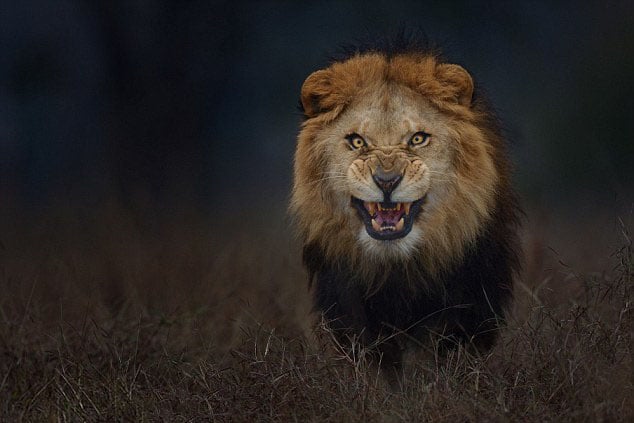 Photographer Atif Saeed captured this intense photograph of a male lion growling at him back in 2012 in a safari park in Lahore, Pakistan. The photo was captured just moments before the angry cat rushed at the photographer.

Saeed was driving through the park in January 2012 when he spotted the lion a short distance away. He then got out of his car and began creeping toward the lion with his Nikon D4 and a telephoto lens.

The photo above is one of the “keepers” he left the safari with that day. “I was laughing at that time, but now when I think back about the incident I don’t think I would be able to do it again. It was a pretty close encounter,” Saeed tells the Daily Mail.

Saeed has since titled the photograph “The Ghost and the Darkness.”

Image credits: Photographs by Atif Saeed and used with permission