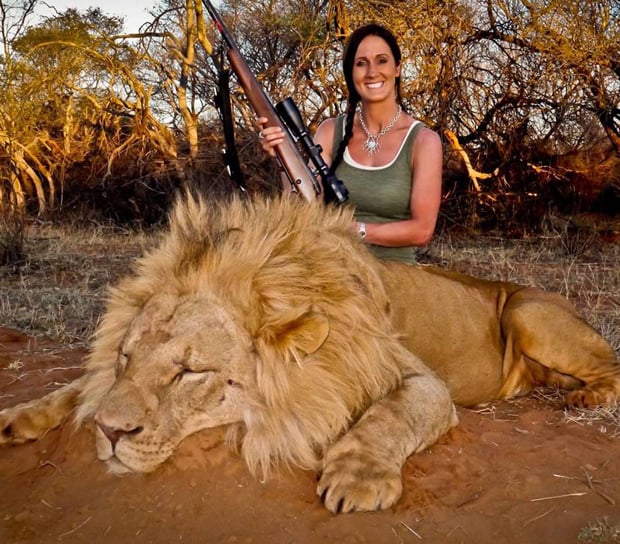 The host of a Minnesota-based hunting show recently found herself in hot water with animal lovers everywhere after she posted a photo of herself posing with a lion she had just killed to her Facebook.

Melissa Bachman hosts the Pursuit Channel’s “Winchester Deadly Passion,” which chronicles her travels around the world hunting everything from whitetail deer to crocodiles. (And often concludes with her posing for photos with some big ol’ dead thing.) The show had a loyal following of hunting enthusiasts but little recognition in the larger world.

That changed after Nov. 1, when Bachman posted images from a South African hunting expedition, including several of her posing with a “beautiful male lion” she had just shot — Bachman even made one of the shots her profile photo.

Fellow hunters commenting on Facebook were routinely congratulatory, but not so much the rest of the world. A South African conservationist has already gathered 15,000 signatures on a petition calling for the government to ban Bachman from ever returning to the country.

“She is an absolute contradiction to the culture of conservation this country prides itself on,” reads the petition. “As tax payers we demand she no longer be granted access to this country and its natural resources.”

Bachman herself hasn’t addressed the controversy yet, but administrators of the conservancy where she shot the lion said in a statement that it was part of a carefully monitored program to maintain a sustainable wildlife population. The African lion is listed as vulnerable by the International Union for the Conservation of Nature, with a population of about 30,000 — a decrease of nearly 90 percent from the 1970s.

Trophy photos have caused trouble for a wide range of public figures, from the CEO of GoDaddy’s elephant takedown to the California Fish and Game commissioner who lost his job after posing with the body of a mountain lion he had just killed and was about to eat.

(via ABC News via SLR Lounge)