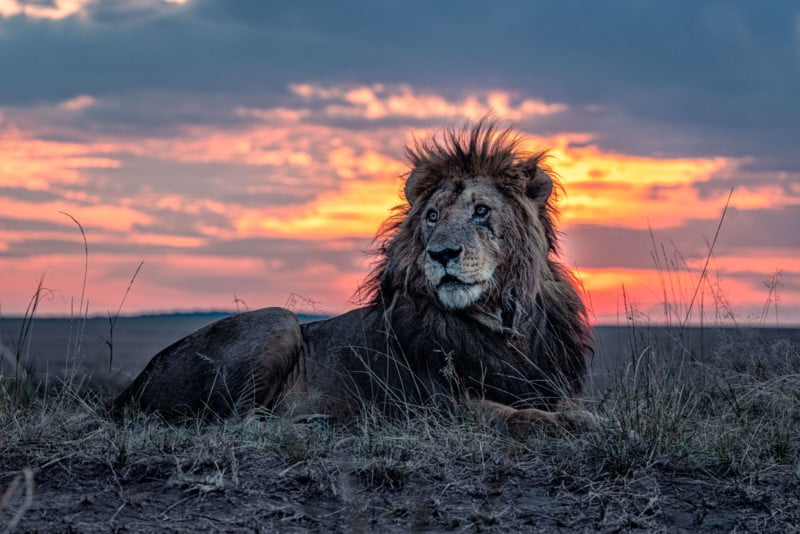 Professional wildlife photographer Leighton Lum was shooting in Kenya when he came across a lion known as Morani. At 14 years old, Morani is the current title holder for the oldest known lion in a national reserve in the East African country. 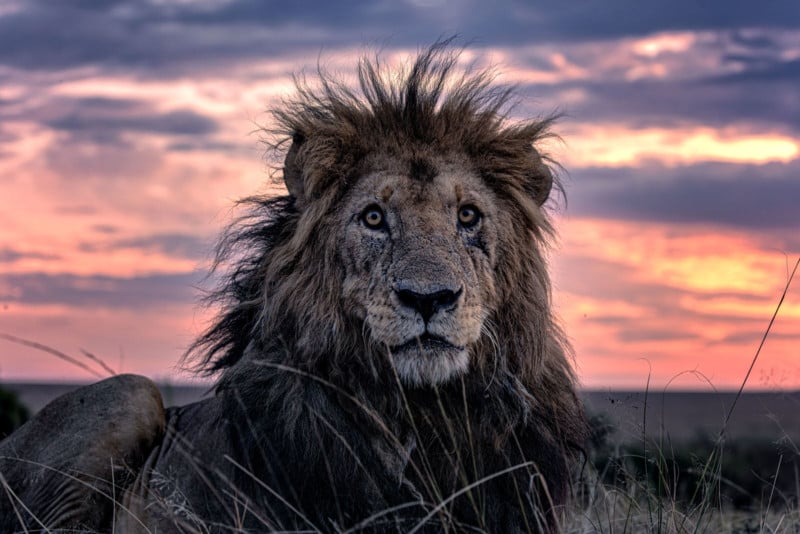 The 33-year-old photographer captured a series of gorgeous photos of Morani as the big cat relaxed in Maasai Mara, a large national game reserve in the county of Narok that is world-famous for its populations of lions, leopards, cheetahs, and elephants.

The reserve, also known simply as The Mara (which means “spotted” in the local Maasai language), also hosts the annual Great Migration of wildebeest from Tanzania to Kenya, and it’s often named one of the great Wonders of the World.

Morani took the title of “oldest lion” after the passing of the previous record holder, his brother Scarface, earlier in 2021. 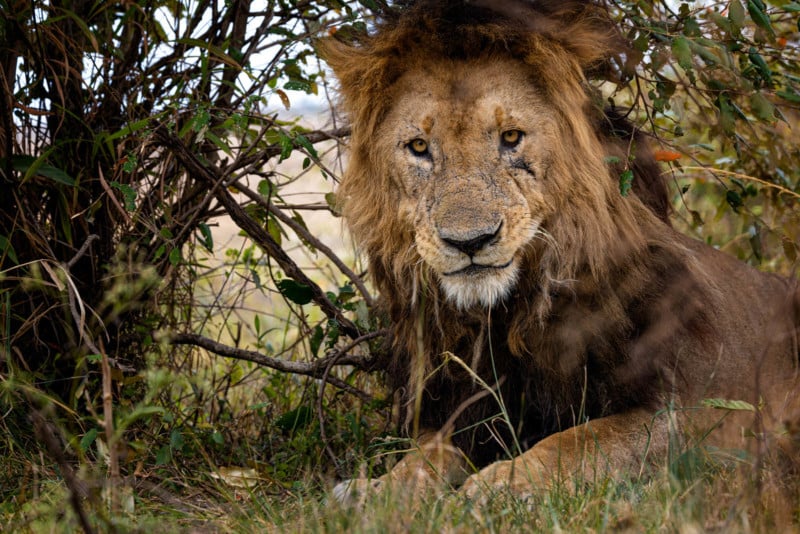 Lum is based in Hawaii and was visiting Africa for a photography workshop when he shot his portraits of Morani.

“Just by looking at his face, you can tell this guy has been through a lot,” Lum says. “He went from a young stud leader of a pride, a king, to a retired old man who still fights for survival in the Mara.” 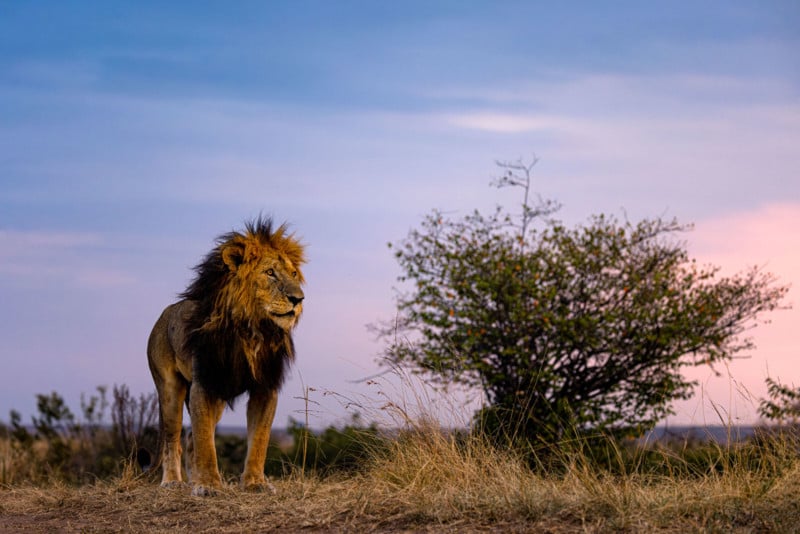 Morani was once part of a group of aging male lions, but he has outlived the others.

“Morani was a part of a coalition of four males and he’s the only one remaining out of the four,” Lum says. “He is a lone male who has been pushed out of the pride by younger, stronger males which is a natural process in lions as the strongest males will control the pride.”

Getting a sharp photo of Morani is not difficult once you locate him, as his level of physical activity is quite low, especially at his advanced age. 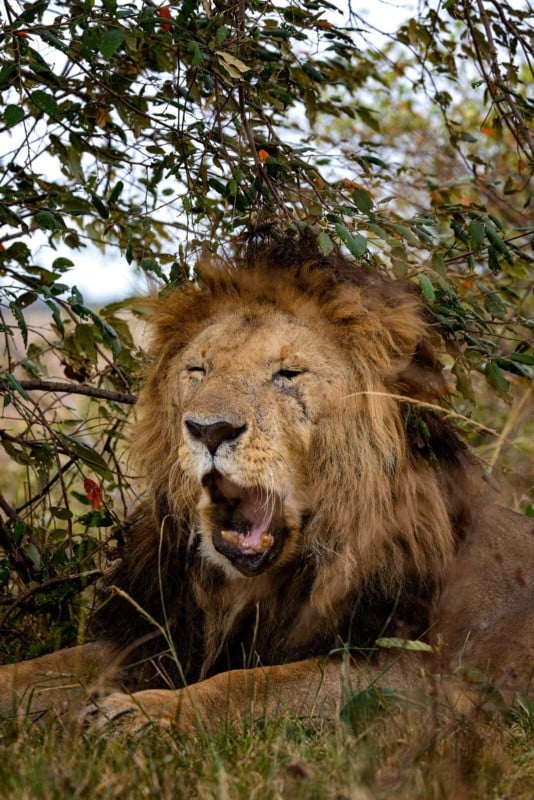 “In general, adult male lions are lazy by nature and can sleep for 20 hours a day!” Lum says. “We spotted him in the morning, then went back at the very end of the day only to find him no more than 15 feet from where we left him.

“Even when he does get up and sit down, it is a rather slow process.”