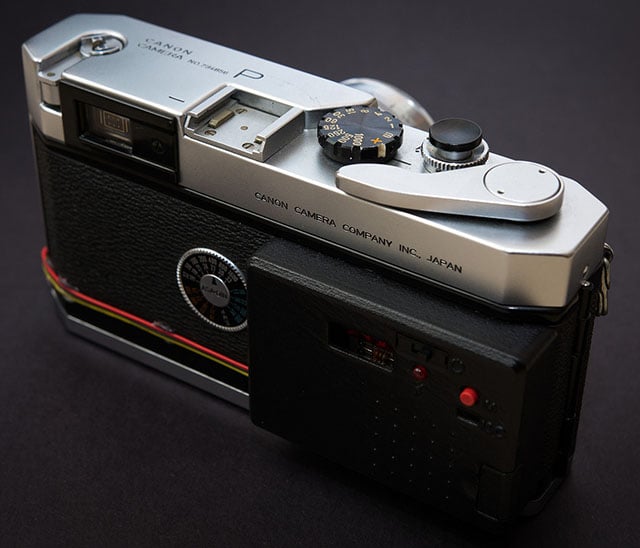 Photographer and camera hacker Kevin Kadooka recently built a custom through-the-lens (TTL) light meter add-on for his Canon P rangefinder. Instead of carrying around a light meter with the camera, Kadooka can now get accurate readings straight from his modified camera with his impressively designed system.

Light entering the camera’s lens is reflected off a white dot that Kadooka painted onto the first shutter curtain. The reflected light is then measured by a special light-to-frequency sensor and passed on to a micro controller.

Using the measured frequency, the microcontroller calculates the shutter speed that’s needed and then displays it on a 4×7 segment display, like those found in old calculators. 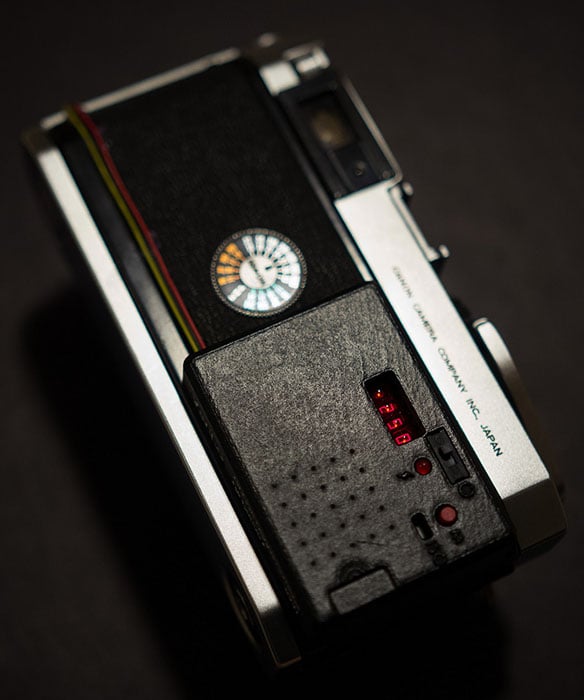 “The advantage is, you no longer have to carry around a light meter, and you don’t have to just guess at what you’re pointing it at,” Kadooka writes. “You should get reliable center-weighted TTL metering without ever having to pick up a separate light meter.”

Ingredients in the build included a light-to-frequency converter, an Adafruit Pro Trinket, a lithium battery, a bubble display, a custom 3D-printed part, and a custom PCB. Here are some photos of the build process: 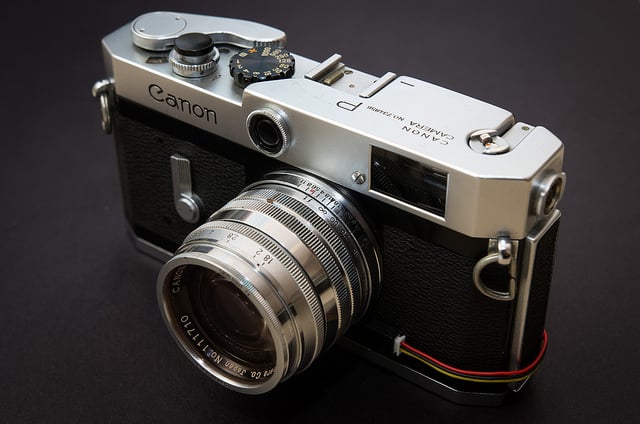 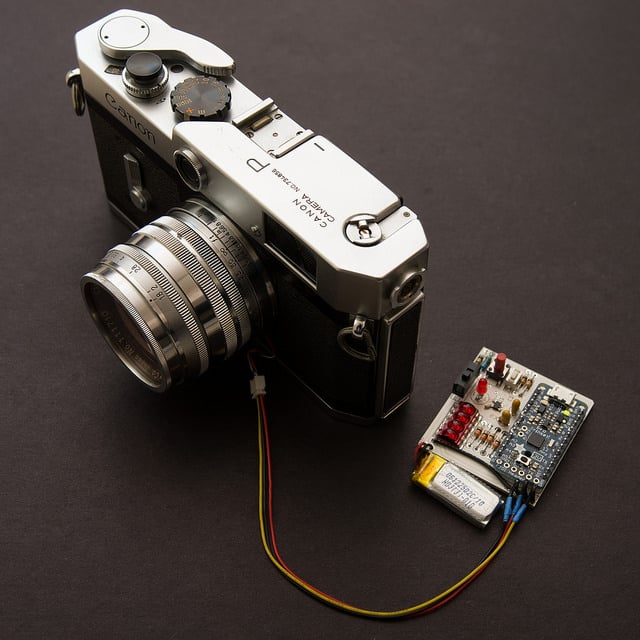 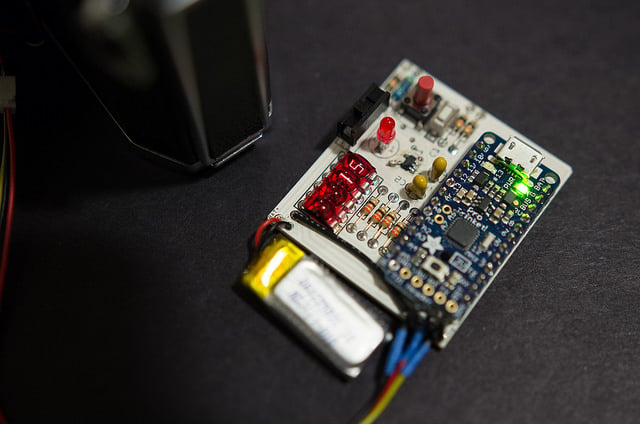 Using the light meter involves inputting film speed into the meter, setting the aperture, pointing the camera at a subject, and then pressing the button on the box. After about 2 seconds, the 7-segment bubble display then shows the suggested shutter speed from 1 second to 1/1000s, or it displays HI or LO if the exposure is out of range.

Here’s a short video showing how the system works:

Kadooka compared the performance of his custom light meter to the meter in his Pentax K5 and found that they give virtually identical readings.

If you’d like to try your hand at adding a custom TTL light meter to your own camera, you can find detailed documentation of Kadooka’s project over at Hackaday.io.

Image credits: Photographs by Kevin Kadooka and used with permission

Photographer Snaps Meteor Leaving a ‘Z’ in the Sky