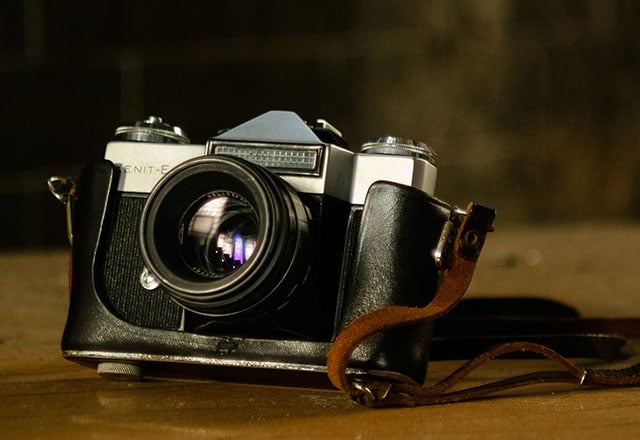 This year will mark forty years since the invention of the first functioning digital camera, and despite it being a measly 0.01 megapixels, it heralded a new age of digital photography and with it came a death cry for film.

Prompted by this incredibly dull article published recently by the BBC, I decided to ask some fellow photographers what reasons they had for still shooting the so-called “outdated” technology. Here’s the list of what they told me…

Those of us lucky enough to have photo albums from the ’90s and before tucked away in our parents’ homes will undoubtedly take great joy in flicking through the tattered card pages, looking through the embarrassing portraits, day trips to the zoo, the beach, birthday parties and that time our trousers fell down in the park. The point I’m making is these vernacular photo albums were perfect and they were all shot on film. 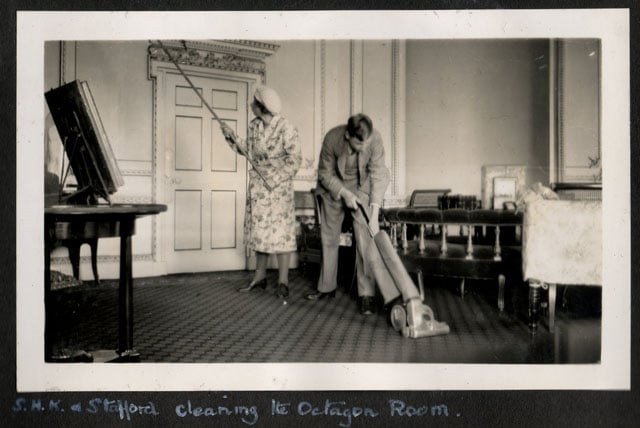 Fast forward to today and we’re not only making fewer albums, we’re taking more photographs to get that perfect shot. Even our smartphones are littered with countless portraits of our children, nieces and nephews, because the photo before could have been just a little bit better.

Back in the day of film photography we didn’t worry about that, and those photo albums that we look back on are still as perfect today as when our parents first stuck them down.

Don’t gasp, HDR has been around nearly as long as photography itself. Only since the advent of digital photography and software like Photomatix and more recently Lightroom have we started seeing these grotesque creations by fledgling photographers experimenting with tonal layers in devastating numbers. But did you know it can take up to three bracketed RAW digital files to achieve the same sort of tonal range some films can get?

The saying goes “film is more forgiving” and this generally applies to black and white which can be rescued up to 6 stops in either direction, under or over exposed. However even with most color films you’re still able to bring out detail two stops above and below without sacrificing quality. With some basic skills in the darkroom you can recreate a scene with film much closer to the one the eye saw.

This reason can fall into both pro and con categories for a reason to choose film over digital, however the more accomplished photographer will tell you that a methodical approach is a much preferred way of achieving your goals. A typical roll of film only has about 24 exposures compared to the 10,000+ JPEGs you can store on a 32GB memory card (or 347,000 on a 512GB).

Simply applying this fixed restriction will make you think twice about everything that’s in the frame rather than rattling off another 100 digital images and declaring somewhat obnoxiously “I’ll fix it in Photoshop later”. You see, getting it right in-camera also provides the added benefit of not having to sift through hundreds of frames to choose the perfect composition.

#4. The Pictures Are Permanent

How old is the oldest digital photograph you have, and where is it stored? Unless you’re incredibly organized, much of your first digital archives have already been lost. All it will take is one little knock and the hard drive with the last five years of holiday snaps and your only backup of them could suddenly be gone permanently – technology isn’t built to last forever.

The advent of digital photography brought with it some problems of its own, namely ephemerality. Both by intention and by accidental loss, photographs from the beginning of the digital age have either already vanished or are at high risk of never being seen again. There is indeed talk of a forgotten century because of our reliance on digital technology over tangible objects.

#5. The Chemicals Smell Oh So Good

Any old codger proficient enough in the darkroom will tell you that the funk of dev and fixer is addictive and, like any acquired taste, gets better over time. It’s not actually that pleasant a smell at first, but if you’re going to do your own developing (not required as plenty of places still offer the service) you’ll find it can be a relaxing time away from light and noise just using your one perfect sense.

Some photographers will tell you that this meditation time is one of the most enjoyable parts of photography – all now lost with digital.

…and anyway, film smells much better if developed in caffenol.

When the world as we know it comes to an end and the zombie apocalypse finally descends upon the human race electricity will not be as ubiquitous as it once was. Turning on a generator to charge up your D-SLR will be a no-no, it might attract walkers for a start.

From start to finish you can create photographic negatives and in turn make prints from them without the need for any electricity at all. In fact, didn’t someone in the Walking Dead start doing that in season 5? There is certainly something nice about being creative on your own without the dependence on technology. This is simply not possible with digital photography.

It’s difficult to not take issue with this reason as there are plenty of Lightroom filter packs that can emulate different types of film photography, so in fact a RAW digital file has a great deal more scope on the final look than its traditional counterpart.

However… isn’t that just a little bit contrived? You spend thousands on the best digital camera and lens only to put it back through a filter to give it imperfections and restrictions only available in film?

Besides, even with these filter packs most keen eyes can tell the difference between a digital print and a darkroom print in 99% of cases. It should be put to a test though — that’s a job for another day.

#8. A Digital Photograph is Just a Pixel Mosaic

Fred Ritchin said that “Digital photography is as far removed from traditional photography as the horse and cart is from the automobile”. It suggests that the artform is entirely different, and at a fundamental level it is. Zoom in close enough to any digital photographic image and you’ll be presented with a mosaic of square pixels as invented by Russell Kirsch. 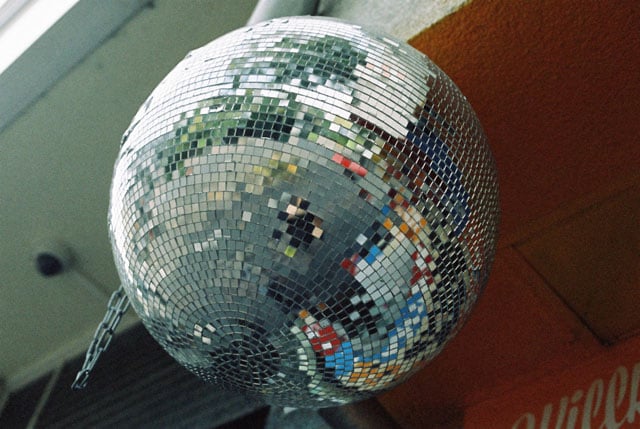 Alternatively, use a high powered microscope to look at film negatives and you’re presented with a soup of randomly spaced crystals and an all together more natural appearance. Paul Graham did this in his project ‘Films’ and gave evidence looking at dozens of different rolls of film with fascinating results.

Brand new digital cameras can cost thousands of pounds, even before you start to buy lenses to suit your style. Even second hand DSLR bodies that were made redundant during the last decade are still fetching midway into three figures. When you consider film equivalents the price difference in astounding. Oversupply and the emigration of film photographers to the digital realm has meant a glut of incredibly good film cameras available at a fraction of the price they first sold for.

The very best 35mm Canon, Nikon & Pentax cameras can be bought for under three figures while stunning examples of Bronicas, Hasselblads and other medium format (120) models are not far different at just 10% of their original value. Invariably the quality far exceeds the plastic monstrosities major brands are pushing out today.

#10. To Be Different… A Talking Point

With upwards of 6 billion photographs uploaded to just Facebook every month it’s hard to stand out from the crowd. If you’re narcissistic enough for this to matter an easy way to be different is shoot film and tell a different story to the rest.

There’s also nothing like the reaction from young photographers when they see you on the street using a TLR or Kodak box brownie with nothing but confidence. It’s a great talking point and an easy way to influence those impressionable young photographer minds.

The growing Lomography movement is, if you like, the militia of film photography. These photographers are film to the bone and nothing digital (apart from social media) will stop them in their quest to bring light leaks, plastic toy cameras and imperfections back to photography. Taking enjoyment from a poor aesthetic photography is what Lo-fi or Lomo is all about, and this can have fantastic serendipitous results.

#12. The Element of Surprise

The youth of today will have absolutely no idea what it’s like to walk home from the chemists with a pack of freshly developed film and prints, bursting with excitement for the hidden gems that are concealed. Do you take a sneaky look now or wait until you’re home? It’s been a week since you’re on vacation and you’re laughing inside at how that photo of Stephanie on the trampoline has come out or if you managed to capture those people on the beach with that cheeky hip shot.

Instant gratification is all too rife with digital photography these days. Whether it’s chimping at the LCD screen while you’re out on a shoot or holding up your phone at a concert, it’s a scourge on society and takes a great deal away from the joy of photography.

About the author: Sam Cornwell is a photographer based in the UK, and the man behind the photography blog Phogotraphy. This article originally appeared here.

Image credits: Header photo by Martin Dvořáček, and all other photos used with explicit permission

The Only Free-Range Herd of Reindeer in Canada

Portraits of Dogs Before and After Bath Time