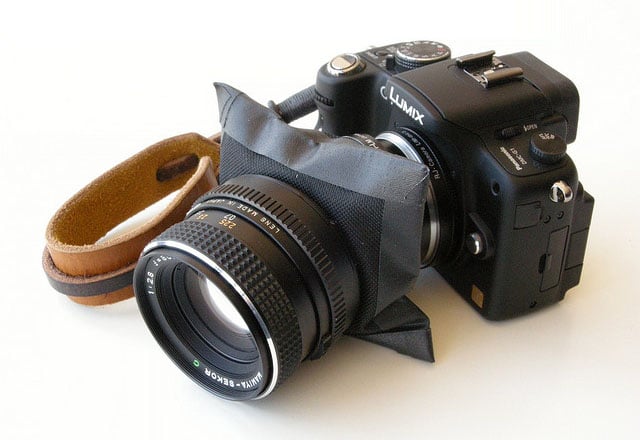 Going a do-it-yourself (DIY) route is popular among photographers who want the benefits of a certain product without having to shell out money in order to buy the actual thing. Here’s something you might not have considered though: building a DIY version of something that’s patented can actually constitute patent infringement, and sharing those designs with others can land you in even deeper trouble.

According to US law — 35 USC 271(a) — patent infringement occurs when anyone other than the owner of a patent makes, sells, offers for sale, or imports a product that’s covered by the patent.

So even if you’re building a DIY version of a patented piece of photo gear in your own home, that’s technically patent infringement. You’ll probably never be discovered or sued by the patent owner, but it’s against the law. You don’t need to be selling any product to infringe a patent.

That’s not all though. The law goes on to say that “whoever actively induces infringement of a patent shall be liable as an infringer.” So if you share your DIY tutorial with others online and are discovered, you could be sued for patent infringement.

PetaPixel actually discovered this the hard way after falling on the wrong side of this law. We had previously shared a DIY tutorial for a patented piece of photo gear, and this week we received a letter from lawyers representing the patent holder: 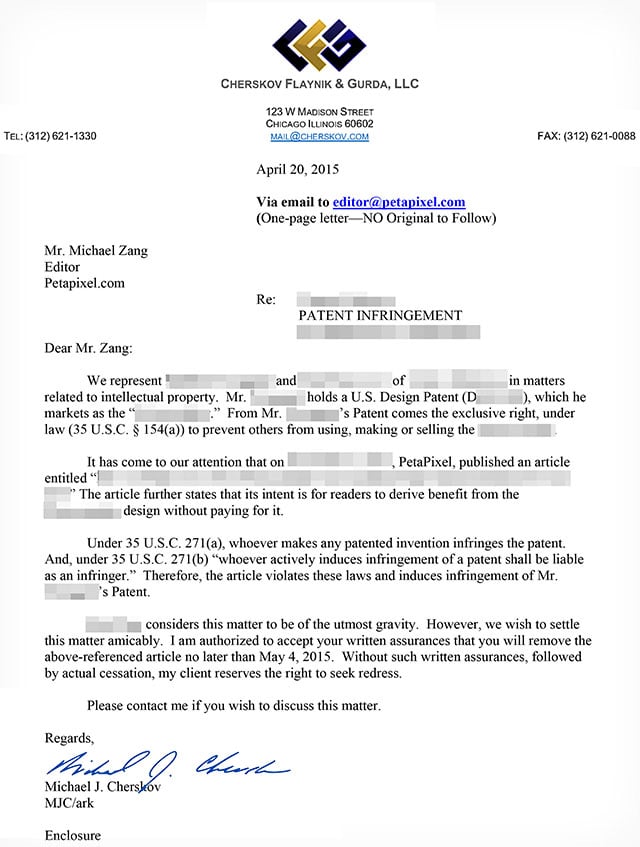 In case you’re wondering, we did take down the article after receiving the letter.

So, DIYers: be careful of what you reverse engineer, build, share with others — it could get you in trouble.

Update: And just to be clear, the DIY tutorial we shared did infringe because it was an exact reverse-engineered clone of what was patented. If you build a similar product for a similar purpose but avoid the design details in the patent, then you may be fine.

Update: We’ve replaced the original letter with a version that leaves the law firm and partner’s name visible.