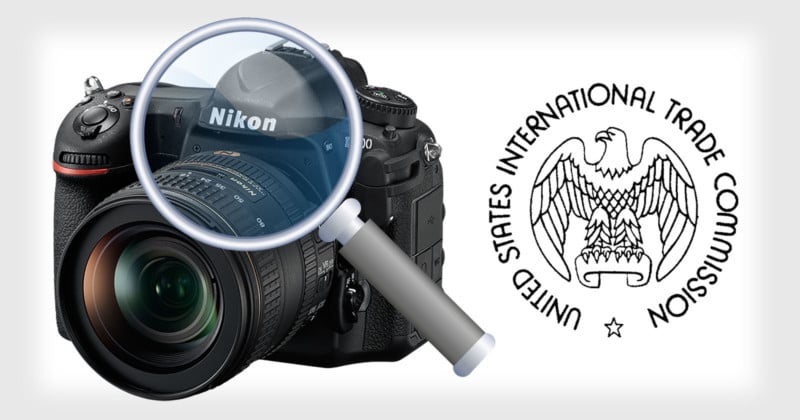 There have been some legal rumblings in the camera industry over the past couple of months. It’s an ongoing patent dispute between Nikon and two other companies involved in camera technologies: Carl Zeiss and ASML. The latest news is that the United States has opened an official patent infringement investigation into Nikon’s products.

Reuters reports that the U.S. International Trade Commission launched its probe last Friday to take a close look at Nikon digital cameras, software, and components. The inquiry comes in response to complaints filed by Carl Zeiss and ASML, which are based in Germany and The Netherlands, respectively.

In response, both Zeiss and ASML countersued Nikon, accusing Nikon of infringing on multiple patents, including those related to the technology inside Nikon digital cameras. Both companies also denied violating Nikon’s patents, and said they had no choice but to countersue in response to Nikon’s legal action.

Nikon, Zeiss, and ASML say they’ve held private negotiations over the years to come to an agreement over the patented technologies, but failed to do so. A retired judge in the U.S. was also brought in to help mediate in late 2016, Reuters reports, but the companies failed to reach a settlement.

Zeiss and ASML have previously paid Nikon $58 million and $87 million in 2004, respectively, according to Nikon.

The Japanese publication SankeiBiz writes that if Nikon is found by the U.S. ITC to have violated patents in its digital cameras, there’s a chance that the government could put a halt on sales of those cameras in the U.S. It seems more likely, however, that this dispute would be settled out of court before reaching that point.

And although the U.S. investigation into Nikon cameras sounds ominous, the company says it’s standard practice in response to many infringement complaints that are filed. Nikon also accuses Zeiss and ASML of purchasing 3rd party patents for the sole purpose of retaliating legally against Nikon.

“The United States International Trade Commission institutes an investigation in response to almost every complaint that is filed,” a Nikon spokesperson tells PetaPixel. “Thus, the decision to institute based upon ASML and Zeiss’s complaint is an expected and routine procedural event.”

“The ASML and Zeiss complaint came days after Nikon sued them for infringing patents on lithography technology that Nikon developed and uses,” the company says. “By contrast, ASML and Zeiss assert only patents they have purchased from third parties.”

“We firmly believe that they purchased the patents as a retaliatory litigation tactic and without any genuine intention to put those patents to commercial use. We look forward to demonstrating to the ITC that we do not infringe ASML’s or Zeiss’s intellectual property.”

How Much Do Oliphant Backdrops Cost? Answer: Over $1,000