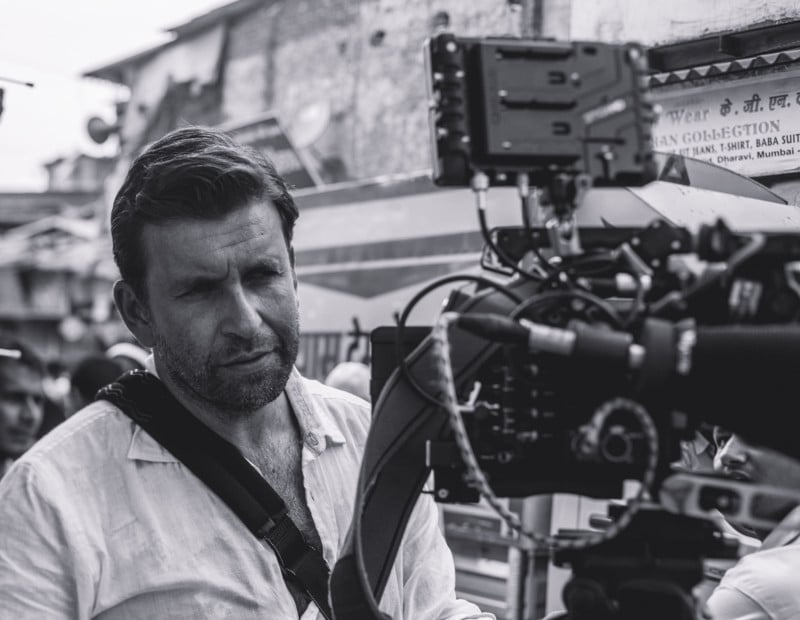 Kessler Crane has announced that it will be ending its business relationship with British filmmaker Philip Bloom after accusations were made by a former partner.

The allegations emerged on March 27th after Bloom posted a public message on his Facebook page that denounced Top Gear ex-host Jeremy Clarkson punching his producer. Photographer Sara Collaton, Bloom’s ex-fiancée, published a response to the message on her own page, calling Bloom “an abusive hypocrite”:

In responses to commenters, Collaton claims that she was subject to “non stop verbal, emotional and physical abuse” while engaged to Bloom and traveling on the road with him five years ago. “I couldn’t let him get away with a post like yesterday’s without saying anything,” she writes.

Other members of the photography and filmmaking communities began voicing support for Collaton, commending her for her bravery in coming forward with her story.

Yesterday, a second woman stepped forward claiming that Bloom had abused her while they were together. “I was in a relationship with Philip for two years and during this time I also experienced abusive behaviour, verbally, emotionally, and physically,” wrote Sarah Estela in a comment on Collaton’s original post.

Kessler Crane has decided to part ways with Bloom after partnering with the him on branded equipment for filmmakers. In a press release published yesterday, the company writes that it is immediately ending its business relationship:

In light of recent allegations of domestic abuse involving Philip Bloom, Kessler Crane has decided to immediately end any and all business relationships with Mr. Bloom. It saddens us deeply to make this decision regarding a long-time partner, friend and community contributor but as an organization, Kessler Crane takes allegations of this nature very seriously and absolutely does not tolerate or condone abuse of any kind. Our hearts are with all victims on the road to recovery and our hope is that the accused will seek forgiveness and help.

Bloom has not yet responded to our request for comment regarding these allegations.

Update: Bloom has just published a lengthy statement regarding the accusations on a dedicated domain name, pbloomstatement.com. He offers many details and explanations regarding incidents that took place. Here’s an excerpt:

Ms. Collaton was never my victim, nor I her abuser. She and I tried to be in love with each other, could not — and broke up in a way that both parties took hard, but she the more so. That is not a crime – and as fair-minded people understand, no basis for launching vendettas over Twitter and Facebook. I truly hope that without further public spectacle, Ms. Collaton comes to peace with herself and her issues.

I implore readers—and especially those who know me– to consider all the circumstances and ask yourselves whether an abuser would call the police, why no accusations were ever made before two weeks ago, and why a supposed victim would return to my home.

Finally, perhaps those who credited the above poisonous accusations, which were dubious on their face, will do some necessary soul-searching. I am an imperfect person, with more flaws than many. No one, including me, however, deserves to be presumed guilty based on one-sided online posts. I remain hopeful that individuals and businesses in the video industry and beyond will respect that principle going forward.

Update: After this article was published, it was flooded with potentially defamatory comments. Since we don’t have the resources to properly moderate the large volume of comments, we decided to take the entire article down. We’ve since decided to disable the comments section instead and have restored the article.