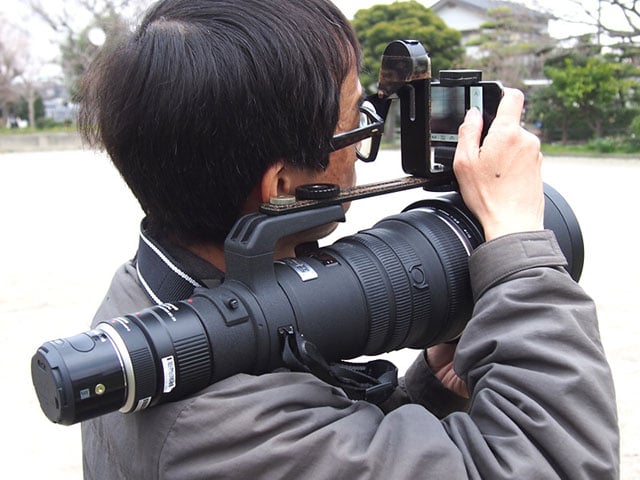 Here’s one crazy way to use the new Olympus Air wireless modular camera: “rocket launcher” style. The photographer above attached the Olympus Air to a 300mm lens, flipped the lens upside down, and used the tripod mount ring to attach a smartphone live view and a magnifying loupe. 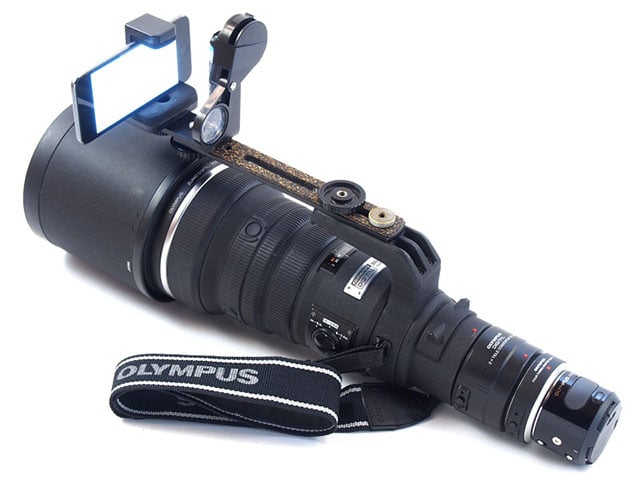 This strange idea is by the folks over at the Japanese photo website DC.Watch, which just published an article detailing this clever kit combo and testing it out.

Here are a couple more shots of the bazooka cam in action: 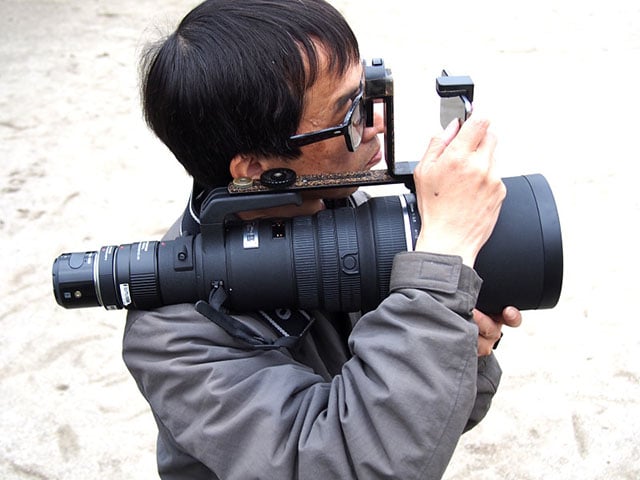 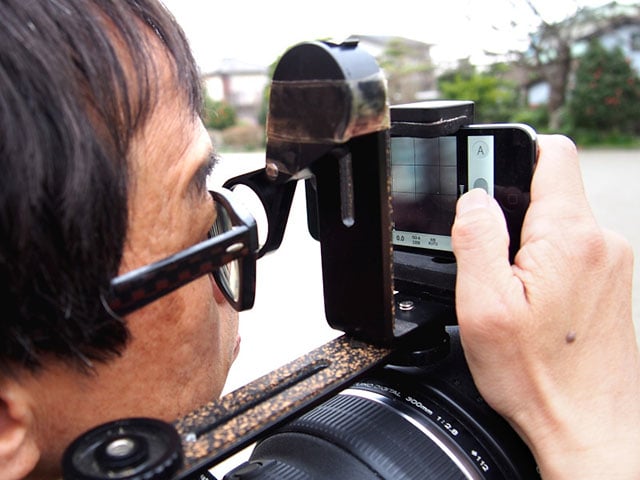 Head on over to DC.Watch to read their detailed article on this kit and see their results from testing it in the real world. The article is in Japanese, but you should be able to understand most of what’s going on using Google Translate.

If you’re thinking of using this idea for your own photography, be careful: we’re guessing it would attract quite a bit of unwanted attention here in the United States (and probably in pretty much ever public place around the world?).