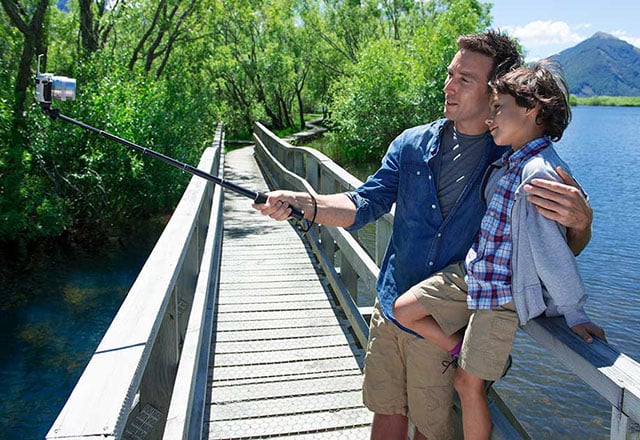 Nikon has announced the new N-MP001, the Nikon selfie stick. It’s a standard Nikon-branded selfie stick that attaches to compatible cameras via the tripod mount and allows you to “conveniently and easily take ‘Selfies’ or self-portrait photos.”

The Japanese company says its selfie stick is compatible with its entire range of Coolpix compact cameras, growing from 7.28 inches in its compact form to 28.54 inches when fully extended (about 2 1/3 feet).

It’s a stick that weighs .41 pounds itself and has the ability to support a camera of up to .88 pounds. The bottom of the stick has a foam grip for comfortable holding and a hand strap that lets you carry the stick around when it’s not in use… or help you keep your hands on the stick when it is.

Unlike newer selfie sticks, which are designed for smartphones and come with wireless shutter releases for triggering shots, Nikon’s new offering is somewhat primitive by comparison. It simply attaches to your camera and positions it further away from you than your arm can reach — you’ll need to come up with your own strategy for triggering the shots (e.g. using your own remote or using the camera’s self timer). 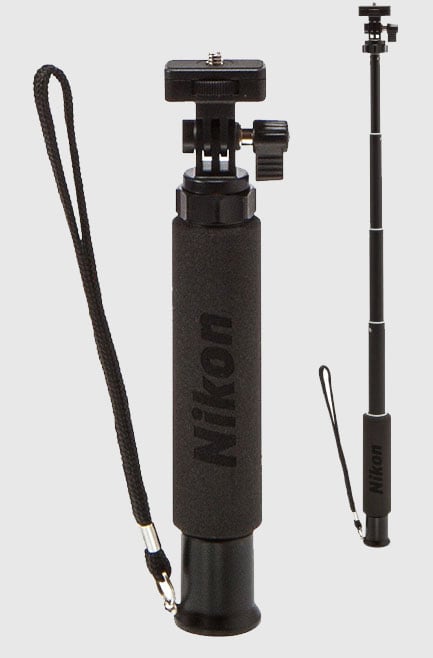 Selfie sticks are becoming increasingly popular in the United States and around the world, but the pushback is getting stronger as well. Many museums and public venues are issuing bans on the sticks for the safety and enjoyment of their visitors and attendees.

Nevertheless, if you’re interested in picking up an official Nikon selfie stick, you can preorder it over on B&H for $60.