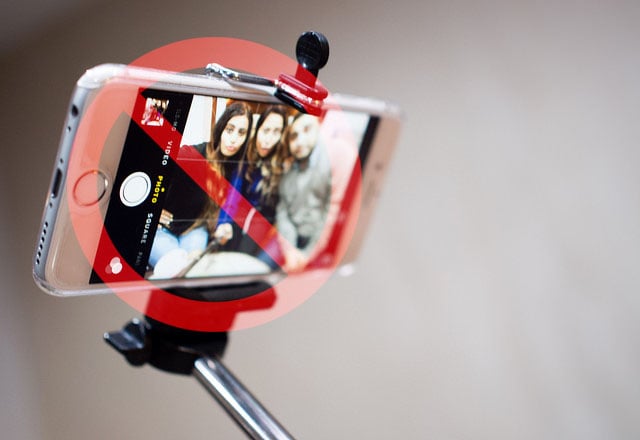 As the selfie stick craze sweeps the nation, major museums in the United States are banning the device in order to protect both visitors and artworks.


The New York Times reports that the Metropolitan Museum of Art in New York City is just the latest notable museum to issue a ban. Other establishments that have recently decided to do the same include the Museum of Modern Art in New York; the National Gallery of Art, The Smithsonian, and the Hirshhorn Museum and Sculpture Garden in Washington DC; and the Museum of Fine Arts in Houston. There are multiple cited reasons for the ban. First, the spaces are often crowded during peak times, and selfie sticks can intrude upon the personal space of visitors. Second, the long sticks pose a threat to the precious artworks found in the museums. Tripods and monopods are already prohibited at many venues, so it makes sense to add selfie sticks to that list.

Lastly, the museums are also trying to protect selfie snappers. People in search of the perfect self portrait often take risks in where they choose to pose, and the last thing museums want is their visitors hurting themselves by falling over balconies or tumbling down stairs.

This news comes just a month after a number of top European soccer clubs decided to ban selfie sticks in their stadiums. In those cases, the fear was that rowdy fans would begin using the sticks to attack each other.

Image credits: Header illustration based on photo by Ravi, and MET photo by Phil Roeder.