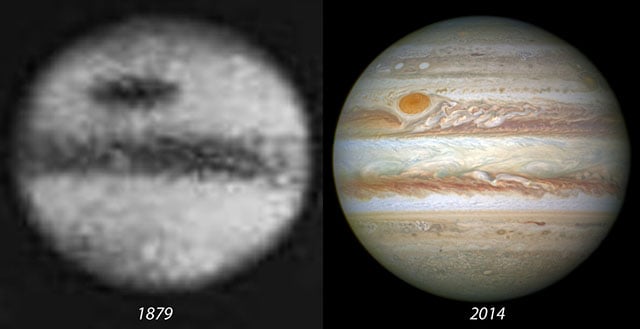 Want to see how much our ability to photograph space has improved over the past 135 years or so? Just check out the side-by-side comparison above. On the left is a photo of Jupiter from back in 1879 as it appeared in the book “A History of Astronomy in the 19th Century” by Agnes Clerk. On the right is a photo NASA shot in 2014.