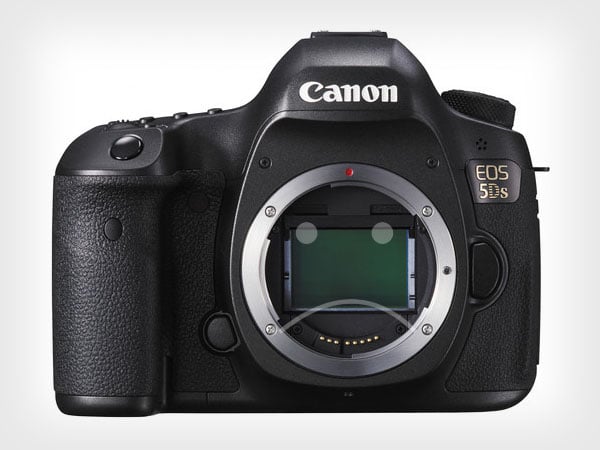 MELVILLE, N.Y., March 26, 2015 – A 37-year-old man has criticized Canon’s latest DSLR, the 5DS, for not having enough pixels, even though it has more pixels than any other DSLR in history and has not even been released yet.

Known only by his online forum name, PixelLover69 says that the 50-megapixel 5DS is not the leap forward it should have been. On the-sweet-little-square.org, the Internet’s most popular pixel-lover’s website, PixelLover69 said, “Canon have been dragging their feet when it comes to pixel propagation. They should have broken the 100-megapixel barrier years ago! It is [expletive deleted] disgraceful.”

The statement seems to echo the feelings of many other pixel peepers on the-sweet-little-square.org. On a post about the release of the Canon 5DS, one commenter said, “This is crap. For years, camera companies have been catering to people who just enjoy taking pictures, but what about us? We buy cameras too.”

The discontent has taken Canon by surprise. A senior executive at the company who asked to remain anonymous, responded by email, saying, “We just came out with a 50-megapixel sensor. WTF?”

Some industry observers, however, believe that Canon, as well as other giants Sony and Nikon, have been too slow to react to the change in market forces. The rise of pixel peeping as a hobby apart from photography itself has grown exponentially in recent years. Enthusiasts of the burgeoning pastime span the globe and come from many different backgrounds.

Fernando Gilipollas, from Barcelona, Spain, is the man behind the-sweet-little-square.org, and an expert on photographic quality. We asked him how he came to be a pixel peeper.

“Perhaps you’re not aware, but the term ‘pixel peeping’ is actually quite offensive to a lot of us.” Gilipollas said. “We don’t peep. We appreciate. Peeping suggests something furtive. It’s not like that because we study each and every pixel very carefully. But to answer your question, I came to this from literary criticism.”

Gilipollas, well-known in book-reviewing circles, forsakes the normal approach of just reading a book to determine whether it’s good or not. Instead, he examines the printed letters themselves. By using advanced optical instruments to inspect the minute differences in the appearance of type on paper, he often spots faults invisible to the naked eye.

“It was a big step forward for literary criticism. I knew it would work for photography as well.”

“Of course I’m going to buy one, but I’m not going to kid myself. Fifty megapixels is a lot, but it could have been more.”

Pressed for an answer on whether there would ever be enough megapixels for pixel appreciators, Gilipollas grew reflective.

“The only way photography can improve is by having cameras with more megapixels. So there can never be enough. It will be a challenge, but we can do it. I have faith in humanity. And in Canon.”

About the author: Mike Randolph is a writer and photographer based in Madrid, Spain. For tips, technique and gear talk, check out his travel photography blog. You can also follow him on Twitter and Google+. This article originally appeared here.