Did you know that the Hubble Space Telescope is only able to capture black-and-white photos? In order to capture a maximum amount of information in their space photos, NASA captures multiple black-and-white images using different filters in the camera. These images are then combined in post to create the iconic color photographs that you see published by the space agency.

The video above shows how NASA goes about colorizing the photos by compositing the individual shots.

The retoucher has blue, green, and red layers for light from oxygen, hydrogen, and sulfur, respectively: 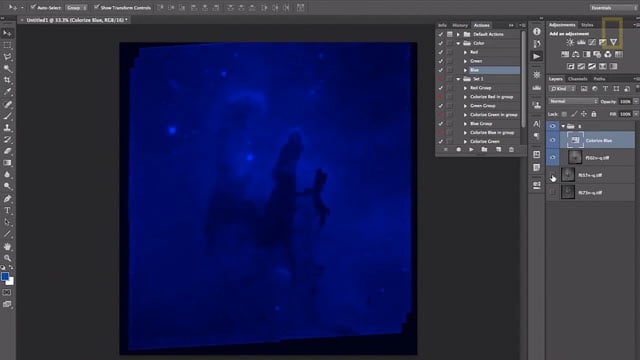 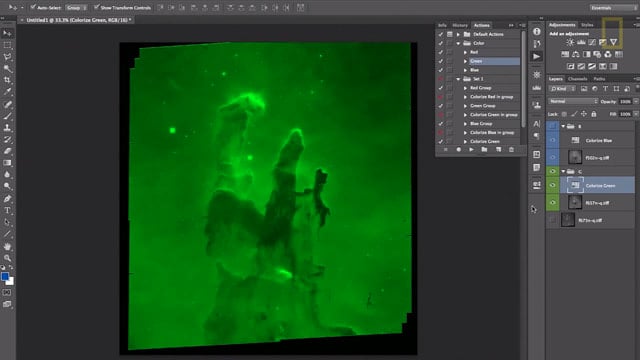 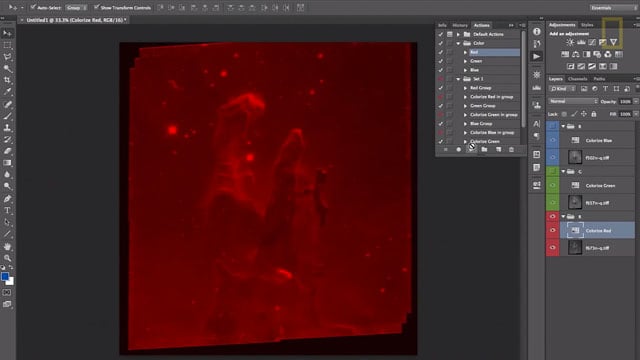 By combining the three layers, a colorized version of the shot appears. 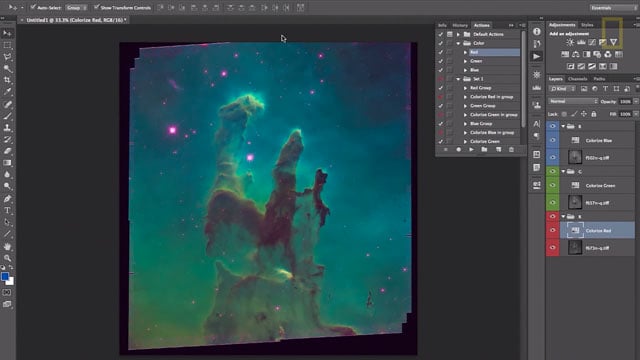 After some tweaking and adjustments, we get to the final shot: 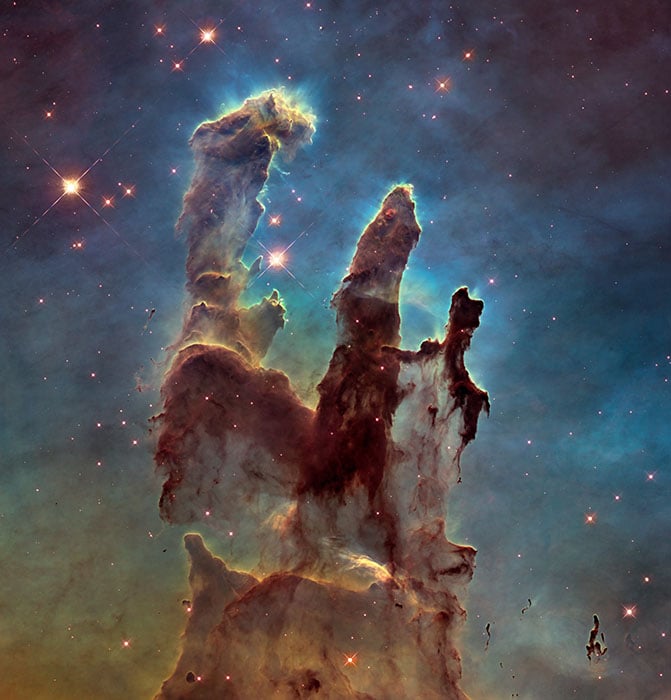 It’s the updated “Pillars of Creation” photo that NASA released last year to mark the 20th anniversary of the original shot.

Thanks for sending in the tip, Hugh!

Portraits of New Mothers With Their Day-Old Babies