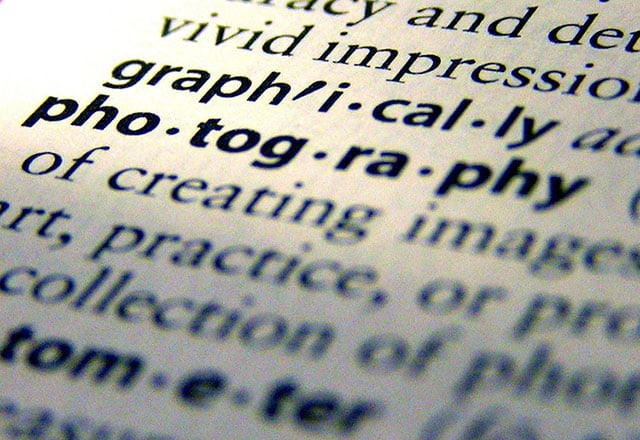 We photographers do love our catch-phrases, but what do they all mean? Here’s my not-so-serious and very tongue-in-cheek rundown of some of the more commonly used terms and their meanings. And yes, I’m as guilty as the next guy:

high key: Basically lone trees on snowy hillsides. Often attributed to shots after the fact because the photographer accidentally over-exposed an image and thinks the resulting shot looks ‘artsy’.

mono: Black and white effect employed by photographers in an effort to save an otherwise seriously flawed image.

foreground interest: Bits of wood, branches, seaweed, shells and other readily available detritus that a photographer can drag from its actual resting place to a convenient spot just in front of what they’re actually photographing. Most commonly employed by coastal photographers who will cheerfully drag a six foot branch for half a kilometre if it makes their sunset composition look a bit less dull. 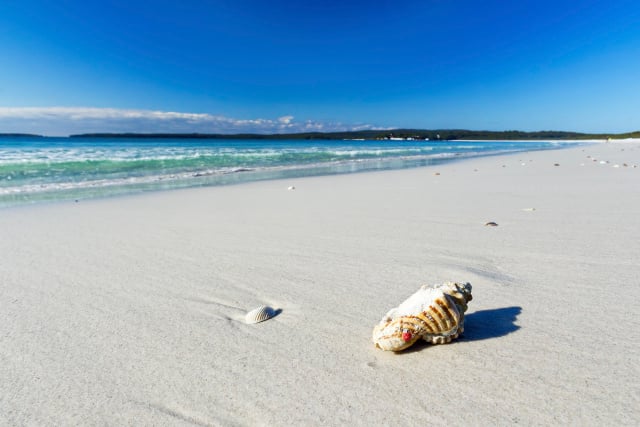 HDR: An image produced by combining multiple exposures in the hope of visualising a bad acid trip endured during a visit to a brutalist east German shopping centre. HDR’s reputation in the photographic community is only marginally bettter than Gary Glitter’s in the music industry. Note: 99.999% of photos labelled HDR are in fact tone-mapped images, but the label has kind of stuck now.

surf photography: Photos taken from inside a breaking wave. The shot in question (taken on a GoPro by someone in 2-foot surf with a lot of time on their hands) is usually the only flukey keeper out of 500 exposures. The only exception to this rule is Clark Little who twats himself about in monster shore-breaks in Hawaii and deserves every bit of credit for popularising this now over-subscribed photo style.

street photography: Homeless people and street vendors photographed without their knowledge by people with Leicas and beards.

straight out of the camera: Just enough processing so that it doesn’t immediately look like it’s an HDR (see above).

storm chasing: Photographs of adverse weather such as electrical storms and funny looking clouds. Seems to attract the most serious-minded individuals in what is already a fairly serious-minded past-time. Storm chasers use the term ‘core punch’ without the slightest trace of levity to describe the act of driving through the middle of a thunderstorm taking photographs as you go. I know, right? travel photography: Holiday snaps taken on a DSLR rather than an iPhone.

film: Edgy dudes shoot on old-fashioned cellulose in the mistaken belief that it makes their photographs somehow more worthwhile than the average iPhone snap.

kit lens: Disparaging way of referring to the lenses that are bundled with DSLRs. Owners of said lenses are made to feel that they are inferior ‘glass’ (see above) that should be drop-kicked into a rubbish bin at the first opportunity.

drone photography: Cool way of flying $500 into a lake.

trophy shot: This is photograph taken in a location that’s been shot thousands of times. Most photographers think they can do a better job than the other guy and so the caption for said trophy shot inevitably begins, “I know it’s been shot a thousand times, but …”

semi-pro: Once sold a canvas print to a friend of their mum.

pro: Stay-at-home mum who bought an entry-level DSLR to stave off the boredom and keep the PND at bay and now charges $300 to photograph pregnant ladies and family pets using only kit lenses (see above).

landscape photographer: Semi-autistic person who likes spending long periods on their own and didn’t fancy taking up fishing.

secret spot: Geographic location jealously guarded by a photographer because they are obviously the only person worthy of recording its majesty. Said location is often revealed on social media by a local who comments, “Isn’t that Little Squiggly Dell down the end of Browns Lane?”, followed shortly after by a, “Yes, well spotted!” said through teeth so gritted they might just crack.

Instagram: Place where photographers upload pictures of food taken on a DSLR while pretending they were shot on an iPhone.

About the author: Andy Hutchinson is a photographer and journalist based in South Coast, New South Wales, Australia. You can find more of his work and words on his website and blog. This article originally appeared here.