Israeli photographer Ronen Goldman was recently commissioned by UK-based premium luggage manufacturer Redland London to shoot a series of advertising photos promoting an upcoming line of luggage. The company wanted to show the durability of the product and how it helps you “be prepared for anything,” so Goldman created a photo of a man protecting himself from a cloud of falling lemons. The video above is a behind-the-scenes glimpse into how the image was created.

“I came up with the creative where our protagonist is bombarded with lemons from a tree, and yet is prepared with his stylized luggage to protect himself,” Goldman writes. “When life gives you lemons, make lemonade, or at least shield your head!”

He says that he generally prefers to use a small crew and as many practical effects as possible. After photographing his model with the luggage, they teamed up and shot a large number of photos showing lemons — held up by “high tech” wooden barbecue sticks — in different parts of the scene. 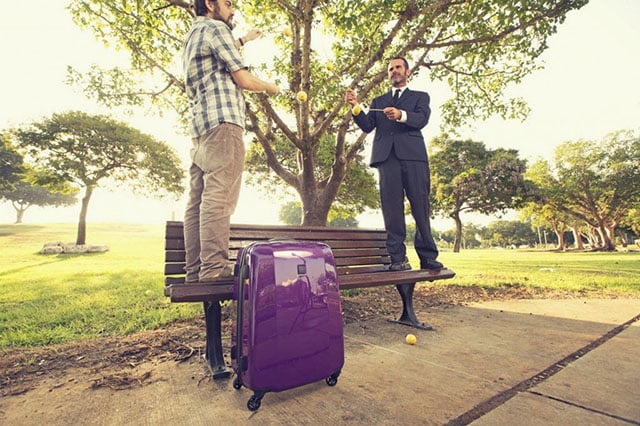 Goldman then composited everything together to create his final image: 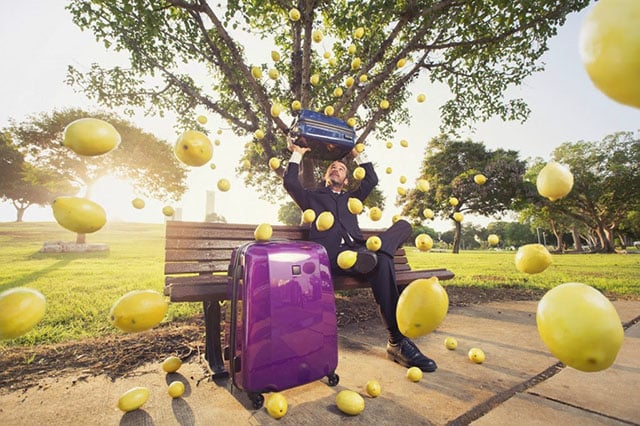 The photograph is now featured prominently on the front page of Redland London’s website: 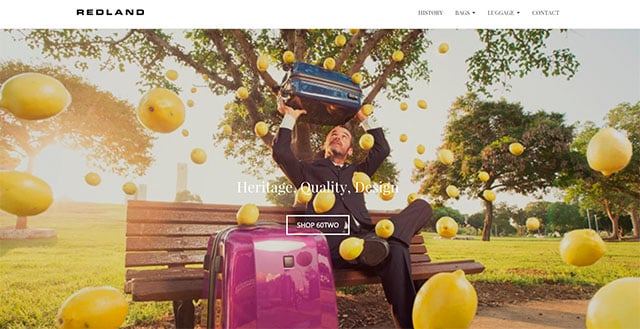