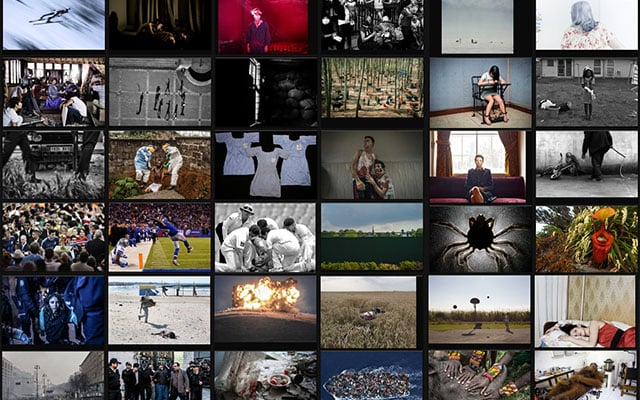 The tumult surrounding the World Press Photo awards for the last couple of weeks has been quite earth-shaking. An Italian photographer, who had been awarded for “Contemporary Issues” was, finally, disqualified for having mis-labelled where a picture was shot (not in the town of Charleroi which was listed on the entry but 30 miles away in Bruxelles.)


Many of my colleagues have put pen to paper to complain about not only the manner in which this was handled, but to discuss the very basics of how the photojournalism community should act and re-act. For those of us who try and live by the dictum that “it has to happen on it’s own… and not because we made it happen” – trying to settle the discussion of the winning entry was difficult.

By his own admission, the photographer had arranged with his cousin to photograph said cousin having sex in a parked car. This week, the phrase “and it wasn’t his cousin” has taken on a whole new meaning – that of real work, done in real situations, and not fabricated as something that “might have happened.”

We are in a tough place. The credibility of the press generally, and photography in particular is under fire from many quarters. We do need to try and stand for something. I’m sure, at the same time, that every one of us has from time to time skirted on the edge of what was right, and in hind sight, it might be obvious, but at the moment, that clarity is sometimes lacking.

We need to reaffirm what we think is allowed, and how pictures are not only taken, but handled in post, and continue to maintain a standard for our work, doing it ourselves, as surely no one else in society cares as we do.

At the same time I worry that there may be another precedent here of which we need to be extremely careful. The Mayor of Charleroi wrote a long letter describing how the said photos maligned his city, and that the award should be rescinded as it didn’t tell the ‘truth’ about the town.

Few of us have done work which someone, whether a Mayor or Press officer, or Publicist, or Media Relations person hasn’t taken issue with. In the end, the point of what we do very often is to say exactly what these folks don’t want seen or shown. Merely pissing off a public official in itself shouldn’t be enough to put a good story on the chopping block.

There was a time when many of us felt that annoying someone in power was a pretty good sign we’d done our job.

I hope that in going forward we can try to agree on some kind of standards — especially in post processing — which don’t lead to witch hunts and torch bearing midnight raids. Photography is too important to be left to those who haven’t lived in our world. In a time when everyone with a phone is a photographer, there remains a clear need for a corps of professionals who make great pictures, tell important stories, and show life as it is to the rest of society.

At the moment it sounds as if WPP is interested in moving the discussion along, after this long painful chapter. Kudos to Bruno Stevens​, Yunghi Kim​, and Kenneth Jarecke​ among others, who felt the need to speak out. Having been on the jury three times, I can tell you that as a juror, you feel you will never get it right — you try of course, but you know that someone will always disagree with your choices. So be it.

But going forward I hope that this difficult couple of weeks can serve as a time to really speak of the issues, and try to find some comity amongst editors, contest directors, and most of all, the photographers whose work is where it all comes from.

About the author: David Burnett is a renowned photojournalist who has been photographing for more than 40 years. whose work has appeared extensively in top publications and won dozens of prestigious awards, including 1st prize at World Press Photo. Burnett was also chair of the 2011 World Press Photo jury. Visit his website here. This article originally appeared here.