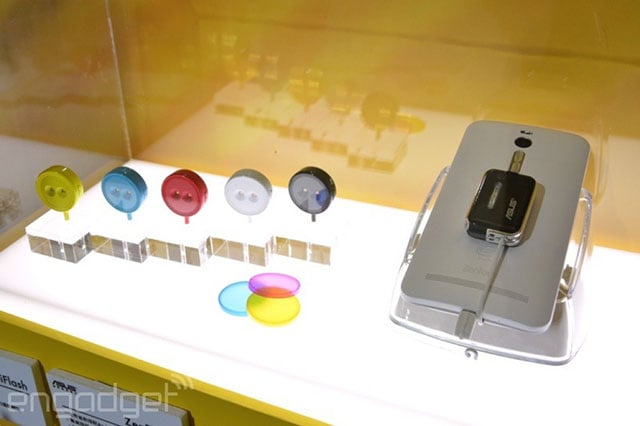 Taking photos is one of the main ways people use smartphones these days, and phone makers are trying all kinds of ideas for one-upping its competitors in photo features. ASUS just showed off its latest idea today: a powerful xenon flash dongle that attaches to the back of the phone.

Engadget reports that the new accessory was revealed during the ZenFone 2 launch today in Taiwan. The ZenFlash, as its called, will connect to ASUS smartphones via USB OTG and will provide flash that’s 400 times strong than what’s offered in the smaller LED flashes built into the smartphone.

ASUS also unveiled a second lighting accessory called the LolliFlash. It’s a circular constant LED light that attaches to headphone jacks with no communication between it and its host smartphone. It’ll come with red, blue, and yellow color filters.

No word yet on pricing and availability for either product, or whether the ZenFlash will be compatible at all with non-ASUS Android smartphones.