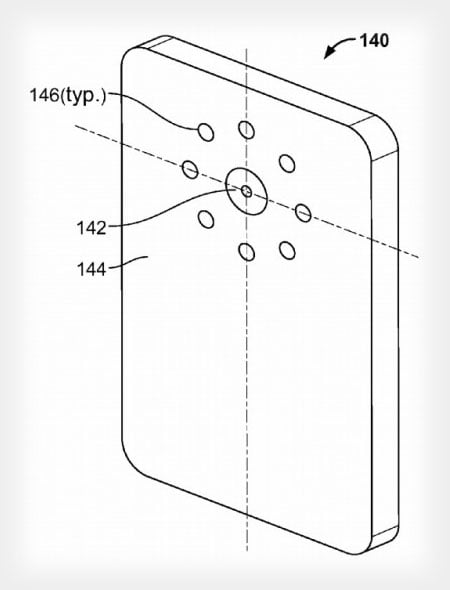 The “flash units” found on the backs of smartphones may be getting more powerful, but the general idea has largely remained the same: use a powerful LED light that can illuminate a scene when you need a little extra light. The power output doesn’t really stack up to the flashes found on compact cameras, but Google has one solution for making the flash a bit brighter.

In a recently published patent, the company outlines the idea of placing multiple LED flashes on smartphones, perhaps in a ring around the camera unit.

[…] a camera lens in an aperture in the housing and arranged on a first side of the wireless communication device and located at least partially in the housing, and serving as a centerpoint for an intersection of a pair of axes that define four quadrants; and a plurality of flash generating devices on the first side of, and on the outer surface of, the wireless communication device, two of the flash generating devices located in quadrants that are positioned opposite of, and not adjacent to, each other.

The document then goes on to show/describe a number of ways multiple flashes could be arranged on smartphones, from a standard ring-flash style circular arrangement to the LEDs being arranged in a square. 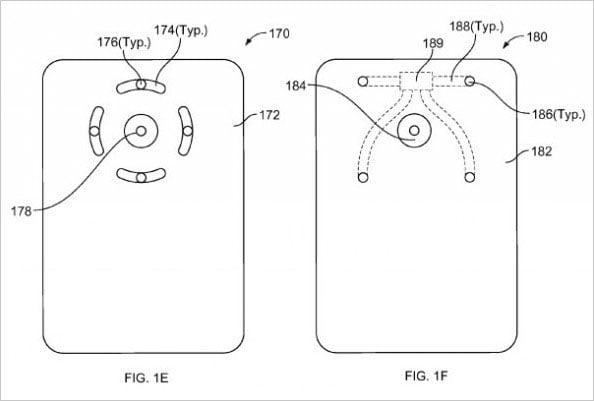 Google also notes that having multiple “flashes” in various locations would help cut down on the harsh shadows that are present when a single LED light is used.

HDR photography is suggested as a possible use case for the multi-flash arrangement:

Another use case mentioned in the patent is the possibility of capturing 3D information from a scene by using the shadow information gathered from snapping photos with each of the LED lights.

Regardless of whether these features actually appear on smartphones in the near future is a bit iffy, but it seems plausible that we’ll soon be seeing smartphone makers incorporate multiple LED lights in order to boost illumination.

(via USPTO via Unwired View via CNET)