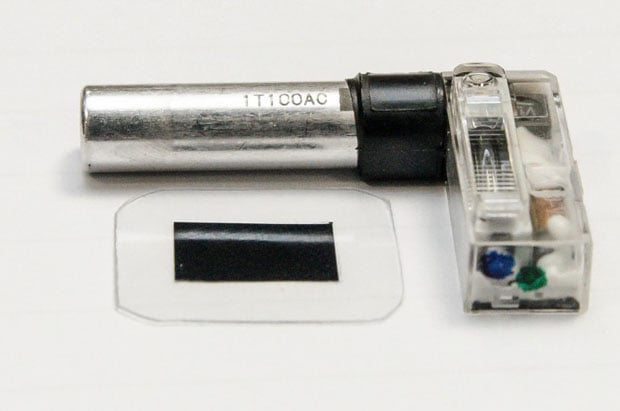 Lenses and sensors weren’t the only camera components miniaturized and dumbed down when digital photography jumped over into the world of smartphones: flashes did too. In order to fit everything into a tiny package, smartphone makers have largely opted for LED flashes in their phones rather than the bigger and bulkier xenon flashtubes found in proper digital cameras (a notable exception is the Nokia PureView 808). That may soon change.

Scientists in Singapore have developed a new capacitor that may lead to more powerful xenon flash units replacing the LED flashes found in consumer smartphones.

The revolutionary capacitor was created by researchers at the Nanyang Technological University (NTU). While traditional capacitors are too big and bulky for slim digital cameras, the new design uses multi-layered polymer and is at least four times smaller and several times faster than existing capacitors.

In order to push the technology out into the world of consumer smartphone cameras, the university has partnered with Xenon Technologies, the world’s largest xenon flash maker. XT CEO Jack Tuen says that the capacitor will be a breakthrough in the digital photography industry:

This project will yield a breakthrough solution for the digital imaging industry, which will be the world’s smallest Xenon flash. Our customers and consumers at large constantly demand for a proper xenon flash which can fit into increasingly smaller and beautiful form factor mobile devices. This is the answer which fulfils that need.

If xenon flashes do replace LEDs, it’ll be a tradeoff: while they’ll provide a good deal of light with a better color cast, they won’t be able to provide a constant light source for video recording like LED lights can. A solution to this could be to include both types of flashes in new smartphones.

A working commercial prototype of this new capacitor won’t arrive until September 2013, so it will likely be a couple of years until this product will be ready for the world.

(via NTU via Gizmag via DPReview)

Long-Exposure Photos of Light Rising Up from Snowy Landscapes