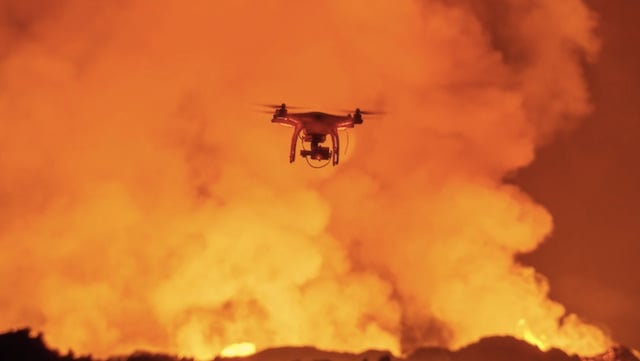 Drone photography and videographer is allowing image makers to capture footage that would have been impossible to shoot just a few years ago. Case in point: never before could a photographer get so close to a volcanic eruption that the face of his or her gear melted!

But now, if you’re brave enough and responsible enough to do it right, you can do just that… and capture some never-before-possible footage in the process.

The video above was captured by DJI‘s own Eric Cheng, the drone company’s director of aerial imaging. On a recent trip to Iceland, he and photographer Ragnar Th. Sigurdsson trecked all the way to the Bardarbunga volcanic system eruption so they could set some DJI Phantom 2’s loose.

After obtaining the proper permits and taking all the proper safety precautions, they hopped in a car and drove 15 total hours to arrive… not quite close enough.

They captured some beautiful wide shots from 1.2 miles away — the closest they were legally allowed to drive — constantly flying the Phantom out of range and trusting in its failsafe feature that returned the drone to the launch site every time they pushed it too far.

Cheng still wanted close-up shots of the volcano at night, but it seemed they would not be allowed to get any closer. That is, until a police officer approached them and said they could technically walk closer without breaking any rules, although, “we officially do not recommend this, because it’s dangerous.” 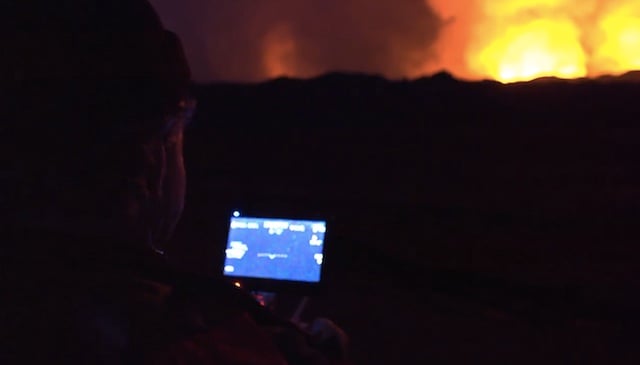 Danger-be-damned, they did it anyway. Donning gas masks and heavy boots, they approached the volcano where Cheng was able to push the Phantom to even more dangerous limits and get some truly spectacular shots, which you can see in the video above.

Shots that, it turns out, cost him one of his GoPros. As he explains in the behind the scenes video below:

During the last flight, I decided I wanted to get a little bit closer to the lava. Suddenly the video feed cut out…

I initiated a return to home and brought it in for landing, and I noticed that the front of the GoPro was completely melted. Apparently it had been so hot that the camera had melted. Luckily the microSD card had survived and I was able to pull all of the footage off of it.

Here’s a look at that melted camera: 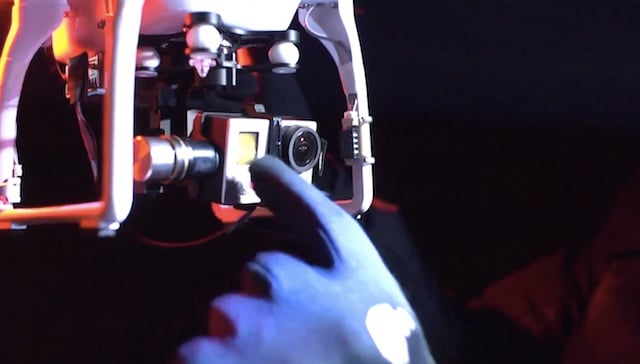 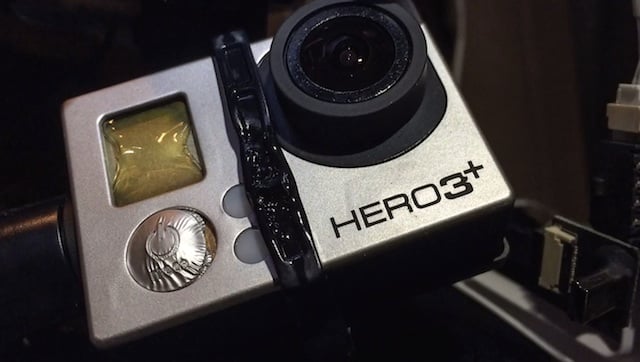 And the behind the scenes video from DJI:

Oh, and as if this story isn’t amazing enough as is, Cheng mentioned one last tidbit when he spoke to Wired about the experience. The caldera wall actually broke the morning after they got the shot, filling the spot they had just been filming from the night before with lava.