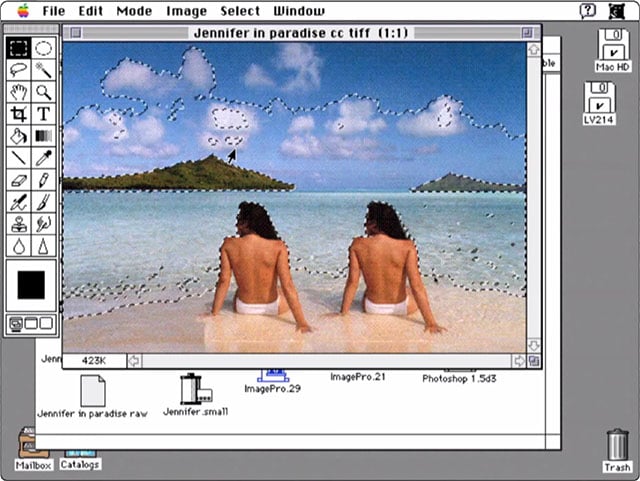 Adobe celebrated Photoshop’s 25th birthday yesterday with great fanfare. Since the original Photoshop version 1.0 was launched back on February 19th, 1990, there have been 15 major versions released that have advanced the way we work with (and look at) photographs.

To see how far post-processing has come over the past two-and-a-half decades, here’s a closer look at what it was like to use the very first version of Photoshop.


This next video is the very first demo the Photoshop team gave to show off its fancy new photo editing software. This is before JPEG images even existed (they arrived on the scene later in the 1990s):

Creative director Russell Brown also went onto the Today Show to debut the program, showing an example of photomanipulation by inserting himself into a campaign photo of Ronald Reagan:

Back on the 20th anniversary of Photoshop, the program’s creator, John Knoll, recreated the first demo he gave of the program (the one shown above):

A version 1.0 demo was again given this past week by Creative Suite evangelist Terry White for Photoshop’s 25th birthday:

Finally, here’s a 6-minute run through that shows off various tools and features offered in the original program: