In 1987, a PhD student at the University of Michigan named Thomas Knoll wrote a program on his Macintosh to display images, and named it Display. His brother John Knoll, an employee at Industrial Light and Magic, convinced him to turn it into an image editor. Taking a break from school, he worked on the software with his brother for six months in 1988, and renamed it ImagePro. In September 1988, Adobe decided to license the software, now called Photoshop.

The first version was released on February 19th, 1990, so the world’s most popular image editor turns 20 today. Here’s a look at how the icon has changed through the years:

And a look at how the toolstrip has evolved: 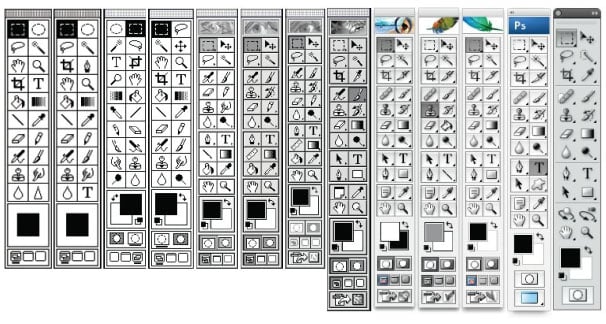 Here’s an interesting short documentary about the beginnings of Photoshop, by AdobeTV:

Finally, if nostalgia is your thing, here’s an interesting video showing Photoshop 1.0 in action:

Joby Adds Magnets to the Gorillapod