Streetlights polluting your shots of the starry night sky? A strategically placed laser might be just what you need.

Destin Sandlin of the YouTube channel SmarterEveryDay recently paid a visit to the house of NASA astronaut (and photographer) Don Pettit, who showed Sandlin a trick that he uses to temporarily disable an annoying streetlight just down the street. You can see this “life hack” in action at 1:04 in the video above.

We’re not sure about the legality of this trick in places around the US and the world, but here’s the gist of it: you can turn off certain streetlights by pointing a semi-strong red laser at it.

Pettit says green ones won’t work, at least in his experience. The astronaut found his surplus red laser at a junkyard and mounted it to a pole in front of his house: 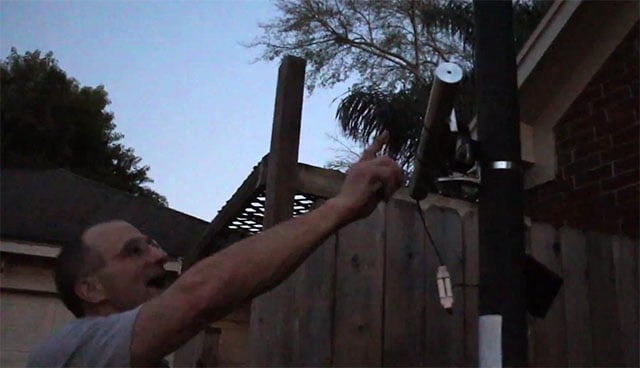 Next, point the laser at the sensor found near the lamp on streetlights. These are light-sensing sensors that turn the lights on when the sun goes down: 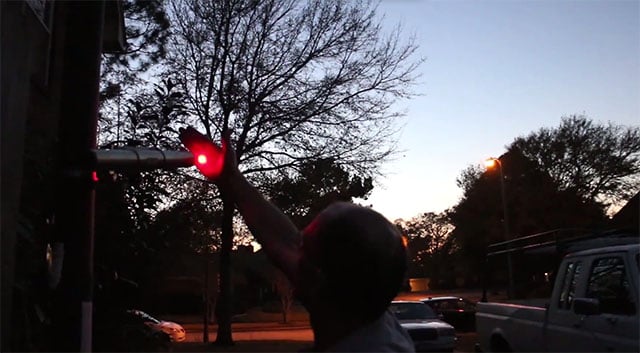 After a brief moment, the laser should trick the sensor into thinking that it’s daytime again, and the lamp should switch off: 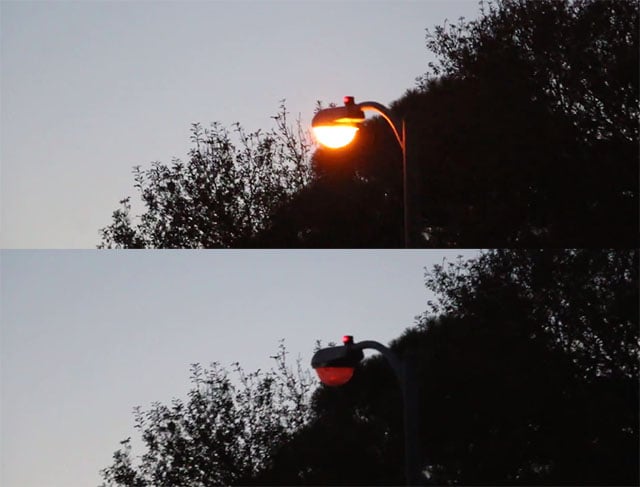 Again, you should check the safety implications and legality of doing this in your city before putting this in your bag of tricks. It could be a very bad idea if you’re on a busy street, but on the other hand, it might not affect anyone else if you’re at the end of a cul-de-sac with a personal streetlight in front of your house.

P.S. You can find more SmarterEveryDay videos here. We’ve also featured Pettit’s photography a number of times in the past: here’s a talk he gave on space photography, photos of him floating in space with cameras, and a couple of inspiring videos on shooting from the ISS.