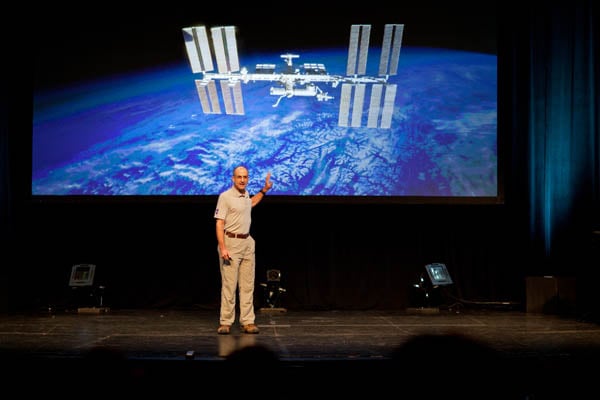 Want to know how astronauts photograph in space? Just ask Donald Pettit, NASA astronaut and “amateur” photographer. Donald Pettit has called the International Space Station home for over 370 days, and in that time he’s captured some of the most mind-blowing photos of space – and Earth – we’ve ever seen. 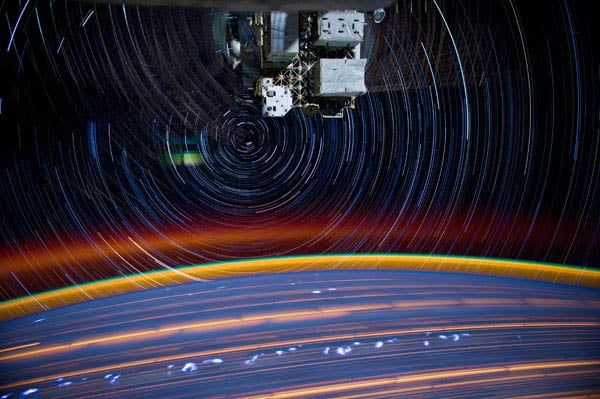 Donald – who’s known around the Internet for his YouTube videos featuring him doing everyday things like drinking coffee and playing with yo-yo’s in space – epitomizes many of the characteristics of a modern day genius: he’s at once quirky and brilliant, and seems not find a statement like, “hard drives tend to fail in space” as amusing as the rest of us do.

This past September at the Luminance 2012 photo conference, Donald provided an inside look into what it’s like to take photos in space with his 10+ top-of-the-line DSLRs and lenses. Here’s the video of his 30-minute talk:

Donald talked about life in the Space Station, pointing out that it’s much easier – and more fun – to get shots of the crew coming from different angles than the traditional, lined up group portrait (thanks zero gravity!). 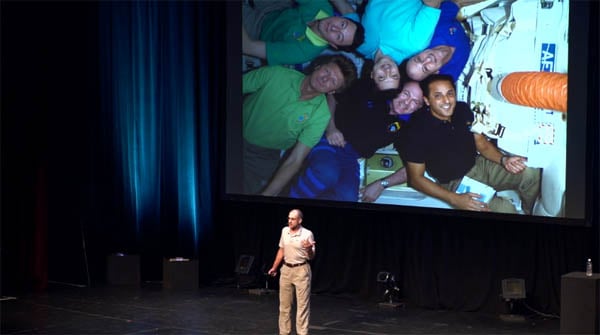 This astronaut also appreciates the artistic side of space. Did you ever consider what certain environmental factors would look like from space with infrared photography? When NASA stopped shooting film in 2002, Donald convinced them to let him remove the IR blocking filter in a Nikon D3S so he could capture the deep reds of the Ganges River Delta and turquoise sentiment caused by reefs in the Bahamas – which can only be seen in the near infrared. He explains one of the most challenging aspects of photographing in space: reflections. “You have to work hard to get rid of these reflections, particularly if you’re taking pictures at orbital nighttime,” he says. “I call this my turtleneck.” 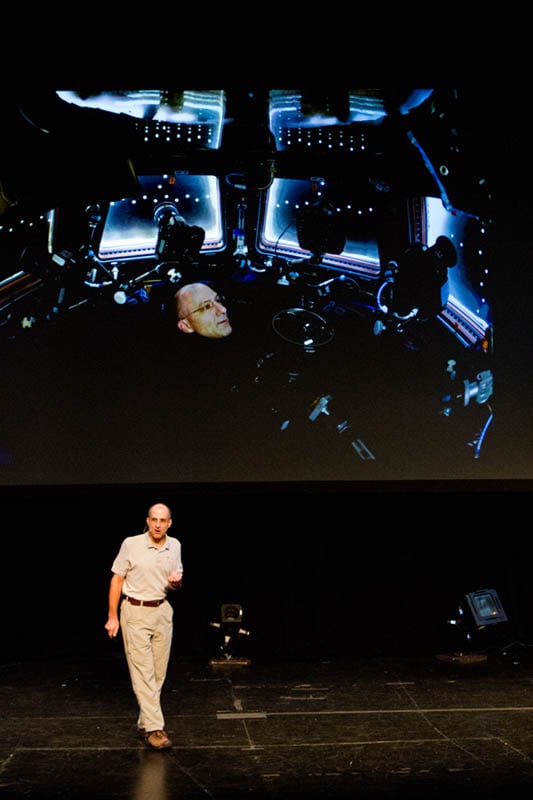 Donald shares a number of his extraordinary photos from space, including an HDR shot of an aurora made from bracketing multiple exposures, star trails streaked with multiple lighting storms, cities sprinkled with light bulbs, and other things we will never have the opportunity to see from here on Earth.

Check out the video above to learn about the complex nature of photographing in space and why Donald believes that photography is essential in recording scientific nature – and human experience.

About the author: Lauren Margolis is a member of team PhotoShelter, the photography-website company that put on Luminance 2012. This post was originally published here.

Canon Shows Off New Lens Cap Design: You ‘Pinch’ Rather Than ‘Squeeze’