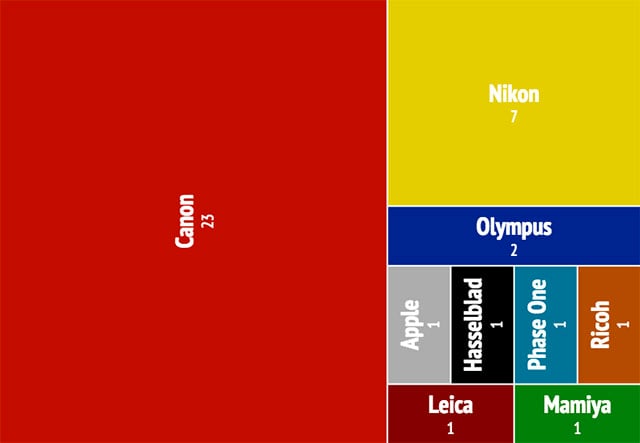 The prestigious World Press Photo contest announced the winning photos of 2014 last week. In case you were curious, here’s a look at the cameras that were used to capture the winning photographs.


Spanish photography website Quesabesde analyzed the EXIF data of the 45 winning shots. 38 of the images contained information about the camera that was used, and the illustration above breaks down the findings.

The sample size is quite small, but we see that the three top camera brands for this year’s contest were Canon, Nikon, and Olympus. 23 of the 38 photos were shot with Canon cameras.

Quesabesde breaks down the data even further by separating camera models. Here’s the new graphic that emerges: 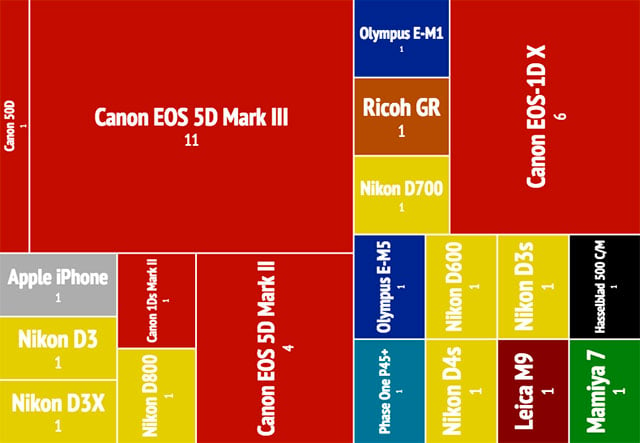 We see that the Canon 5D Mark III was the most popular tool used by the winning photojournalists while the Canon 1D X came in second.

Image credits: Illustrations created by Quesabesde and used with permission