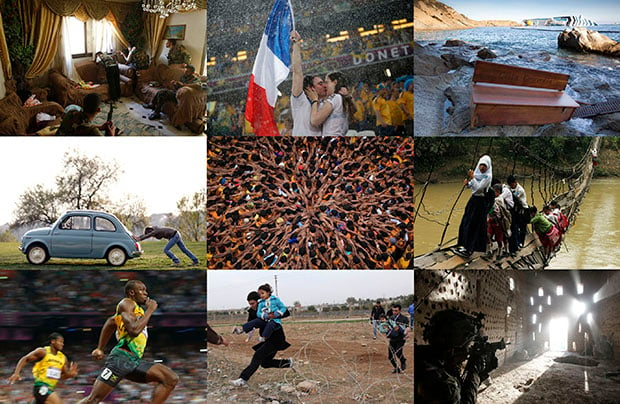 Reuters has published its list of the best photographs taken in 2012, a massive collection of 95 powerful images showing different events that have occurred around the globe over the past year. In addition to large photos, descriptions by the photographers, and the official captions, each image is also accompanied by information about the equipment and settings that were used to capture it.


Photography enthusiast and Reddit user hallbuzz decided to copy, paste, sort, and tally all 95 EXIF data entries, and published a list with the ranking of cameras, lenses, and settings used.

Another user named mathiasa then took that list and turned the data into a series of charts. They offer an interesting glimpse at how some of the most powerful photographs recently captured by photojournalists were snapped: 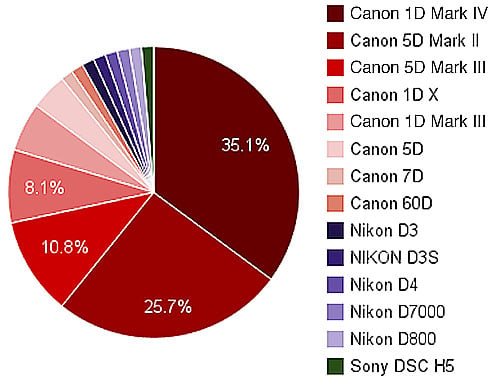 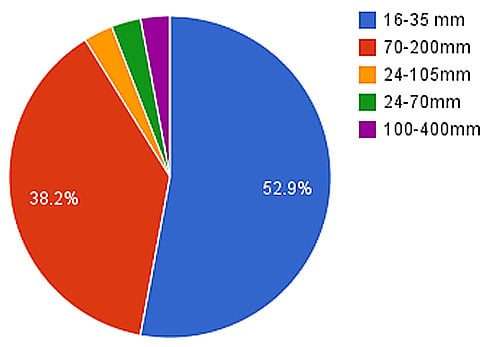 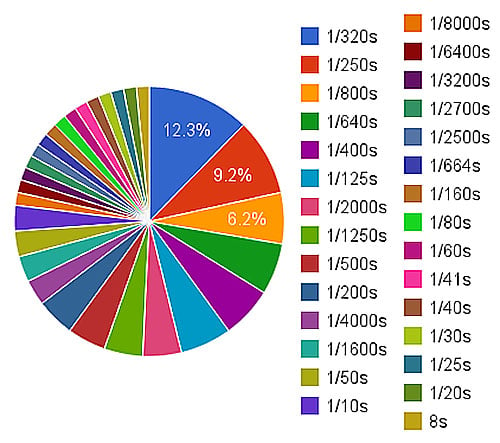 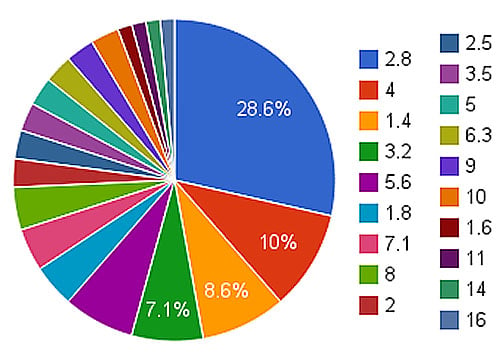 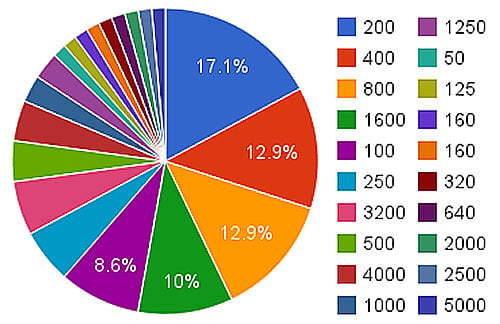 Update: mathiasa has released an updated series of charts here. We’ve updated the charts in this post with the new versions.