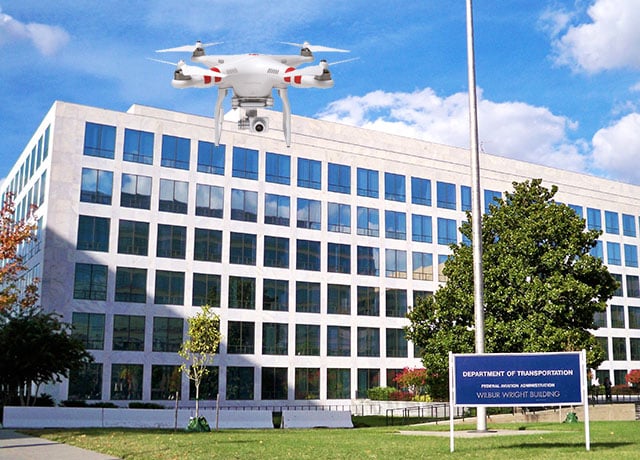 In a press release published yesterday, the FAA says the new regulations, drafted for the commercial usage of drones weighing less than 55 pounds, will “facilitate integration of small UAS [Unmanned Aircraft Systems] into [the] U.S. aviation system.”

The FAA is also currently considering whether it should create a separate set of guidelines for “micro” drones weighing less than 4.4 pounds. It is asking the public to weigh in while it makes a final call on this.

As we reported this past Saturday, the FAA says it isn’t trying to encumber drone operators. “We want to maintain today’s outstanding level of aviation safety without placing an undue regulatory burden on an emerging industry,” says FAA Administrator Michael Huerta.

The new guidelines state that drone “operators” need to be at least 17 years old, pass an aeronautical knowledge test, and obtain an FAA UAS operator certificate. Operators will also be required to repass the test ever 2 years to keep their certification up to date.

Here are the main rules for drone flight proposed by the FAA:

Safety First: “The operator must discontinue the flight when continuing would pose a hazard to other aircraft, people or property.”

Emergency Awareness: “A small UAS operator must assess weather conditions, airspace restrictions and the location of people to lessen risks if he or she loses control of the UAS.”

No Flying Over People: “A small UAS may not fly over people, except those directly involved with the flight.”

Altitude and Speed: Flights should be limited to 500 feet altitude and no faster than 100 mph.

The guidelines state that drones cannot be used in a “careless or reckless manner” and that objects cannot be dropped from the drones. So, you probably can’t start a commercial air battle service with fireworks attached to drones.

Alongside the FAA’s new proposed rules, President Obama also issued a Presidential Memorandum that requires federal agencies to publish within one year their policies about collecting, retaining, and sharing information gathered from drones. The aim is to make sure government drone usage doesn’t violate citizens’ rights.