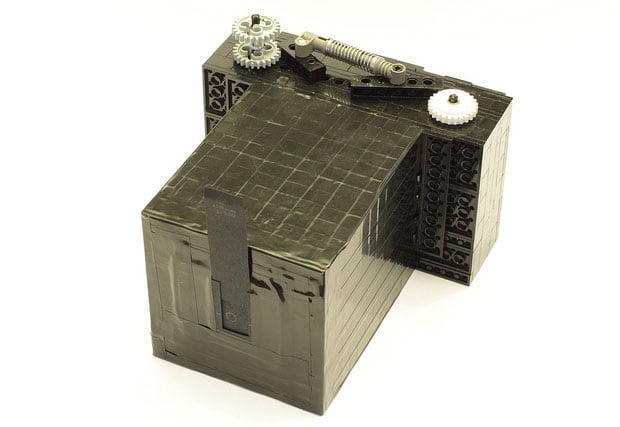 We started sorting bricks out and after a couple of afternoons working on the camera obscura we managed to get some shots out of the thing. It was built using Lego pieces, duct tape, black cardboard and some glue. The camera shoots 6×6 and the “lens” sports a focal length of 150mm with an aperture of 1:300. All measurements approximate. 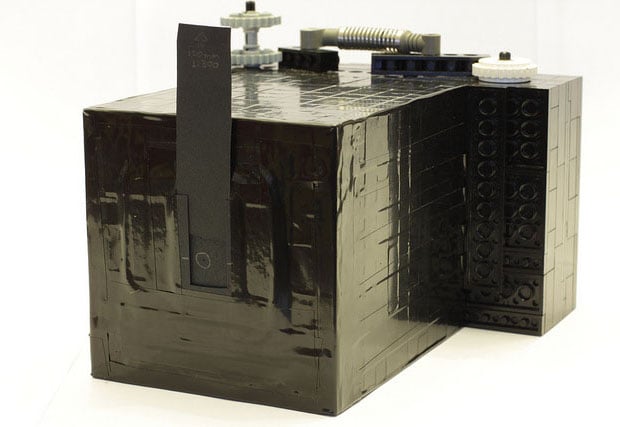 Closer view of the “front element”. The bellows are completely wrapped with duct tape to prevent any possible light leaks. The shutter and pinhole where made using black cardboard. 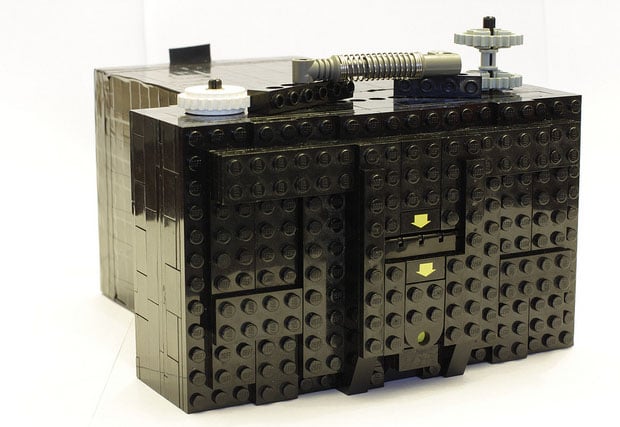 A view of the back. Built with several Lego plates, it has a red window, also built with a lego piece, to allow precise alignment of each frame. 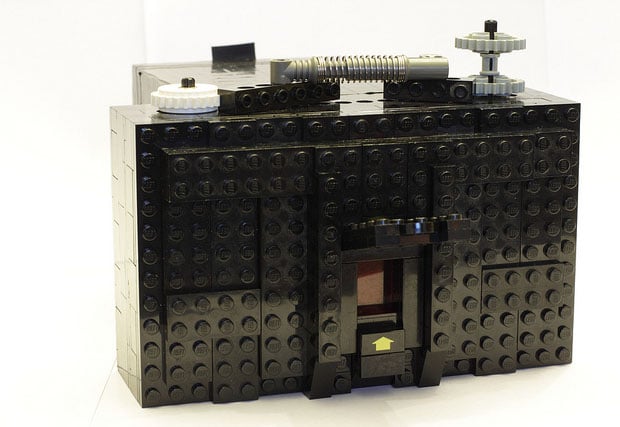 The red window has a hatch to prevent light leaks. It is positioned for 6×6 numeration, the approximate framing of the camera. 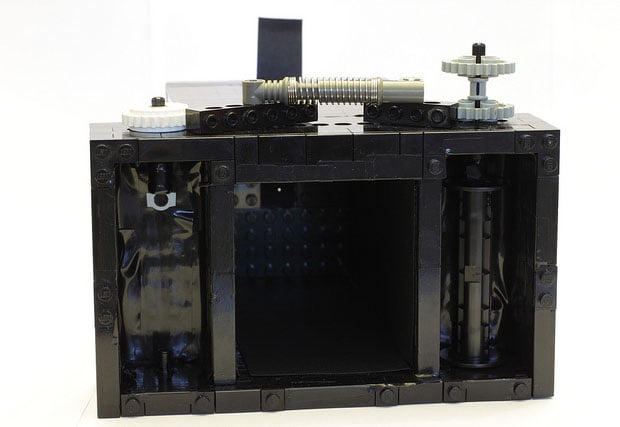 The take-up spool on the right is moved by hand through the gears on top, the unexposed film spool on the left (not loaded on this picture) moves slowly opposing the white clutched gear. The inside of the camera was also covered with duct tape and, in addition to the duct tape, the four sides of the “bellows” were coverd with black cardboard to prevent any specular reflections in the duct tape. 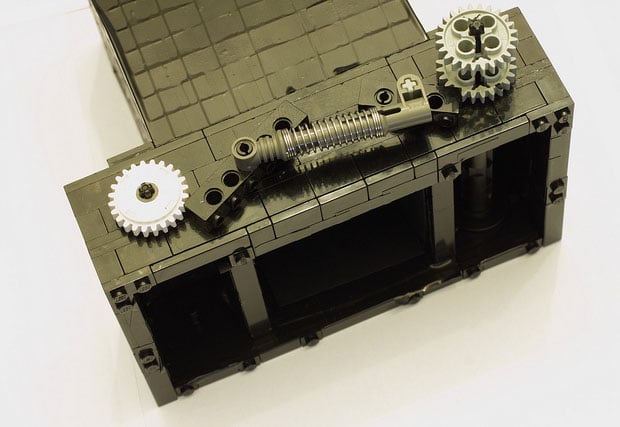 Detail of the film advance mechanism. The axel in the white gear only turns when sufficient strenght is transmitted through the film from the take-up spool. The spring locks both spools in place, unless intentionally operated, so that there is no slack in the film plane. 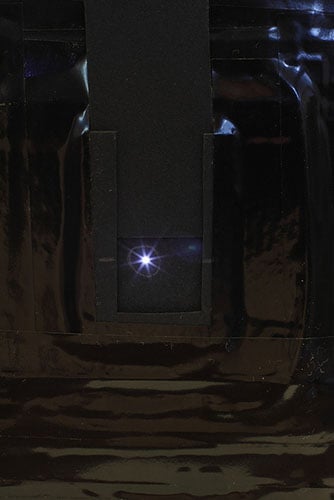 Without anything more precise than a centimeter ruler we estimated the pinhole’s diameter as 0.5mm. The focal length of approximately 150mm gives an aperture of 1:300. With a 400 ASA film half a second is needed to achieve a decent exposure in sunlight. 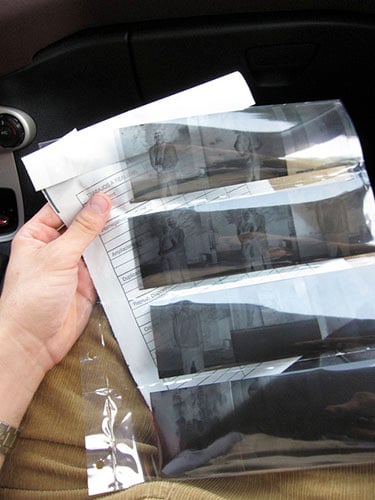 Here are a couple photographs taken with this Lego camera: 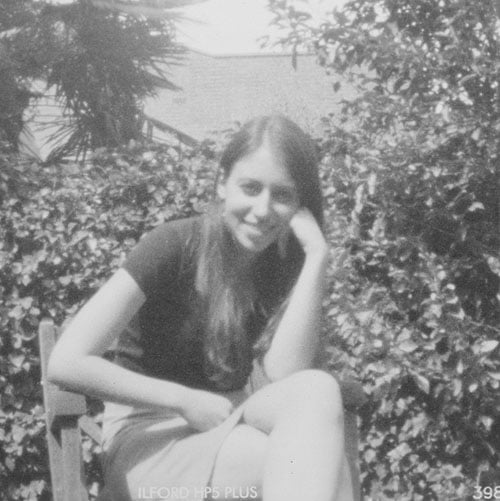 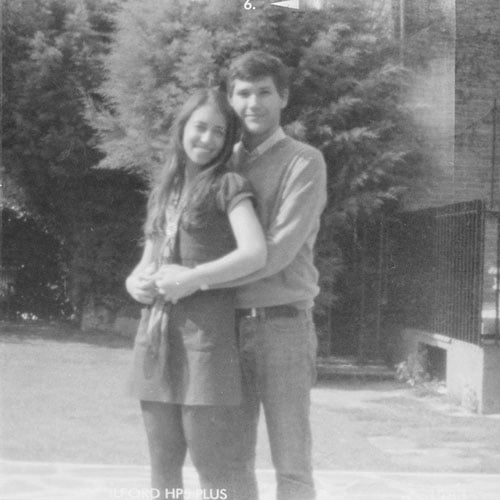 Turn Your Halloween Pumpkin into a Pinhole Camera

Beautiful Faux Slow Motion with Twixtor and a Canon 550D