Danish photographer Thomas Bangsted sits on the opposite end of the spectrum from “spray and pray” photography. The Brooklyn-based artist often spends months or years completing individual pictures through researching, traveling, shooting, and post-processing. The 7-minute video above offers a glimpse into how Bangsted creates his art.

One of his big projects in recent years is a series of faux historical photos showing battleships from old wars. Each image is actually a composite photo of multiple layers that required enormous amounts of time to create through photography and digital manipulation.

“I like to think of the photograph as a kind of puzzle that I can piece together,” Bangsted says in the video.

He first does extensive research into the ships themselves. After finding each one, Bangsted looks into whether their appearance is authentic and identical to how they looked during World Wars. Many ships were altered after the war and ended up looking nothing like their original form, he says.

He also scours the landscape, looking for the perfect places on waterfronts that could be the setting for his images. He photographs these locations with his large format camera: 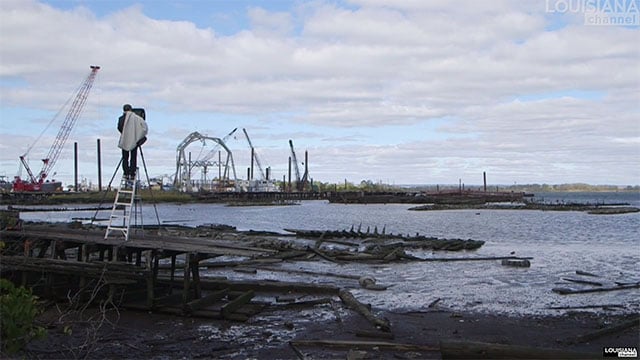 Bangsted also recreates “dazzle” camouflage (also known as “razzle dazzle”) patterns on the vessels digitally. The final photos look just like historical photos of the old warships, but if you look a little closer at them, you’ll notice things that don’t belong. Here are some of his creations so far: 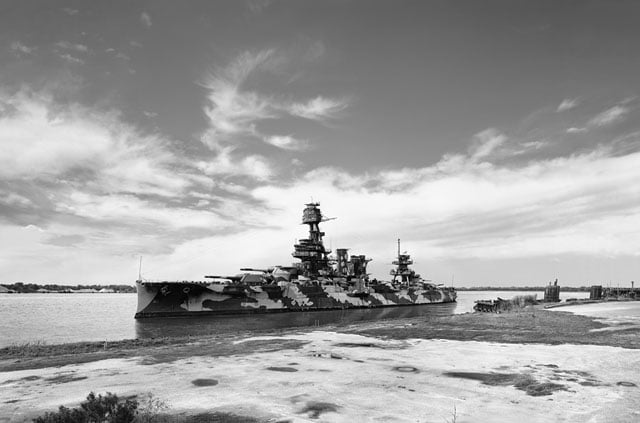 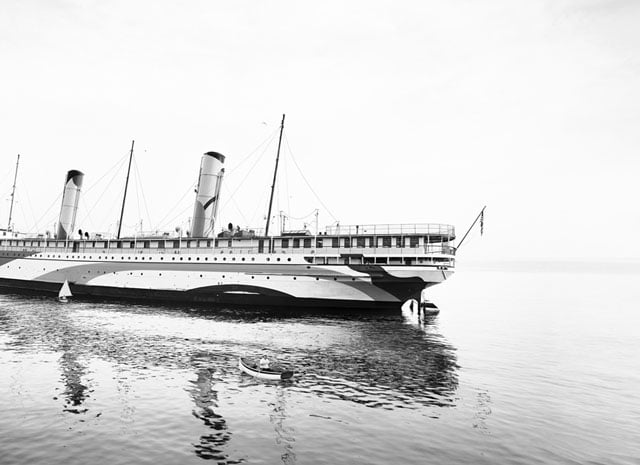 You can find more of Bangsted’s work over on his website.

Image credits: Photographs by Thomas Bangsted and used with permission

Lynsey Addario: A Conflict Photographer Whose Life is Marked by Love and War