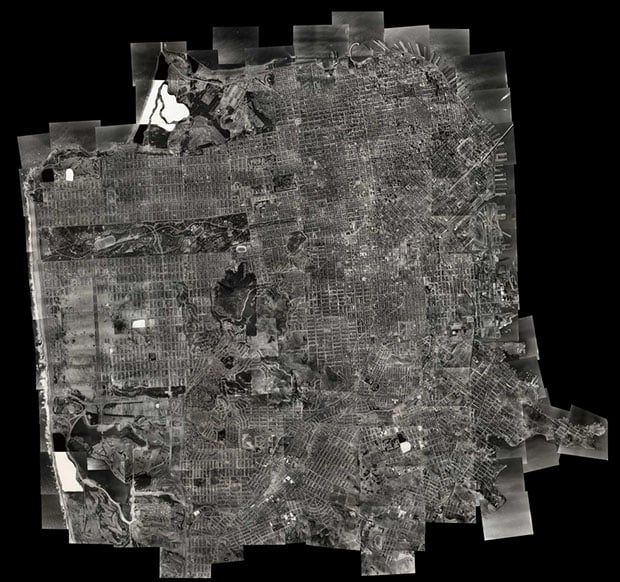 What you see above is an ultra-high resolution aerial photograph of San Francisco as it looked in 1938. The David Rumsey Historical Map Collection put the image together using 164 large format black-and-white photos of SF that were shot in 1938. When viewed through a zoomable image viewer, the composite photo is pretty much a 1938 version of Google Earth’s satellite view.

Here’s what the same view looks like with Google’s up-to-date satellite imagery: 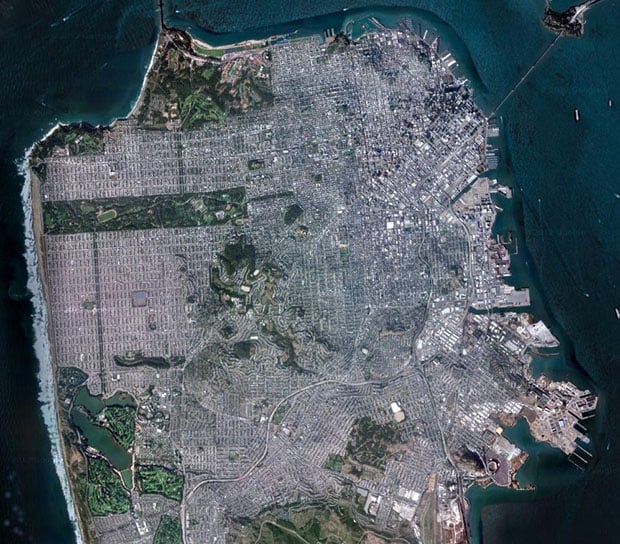 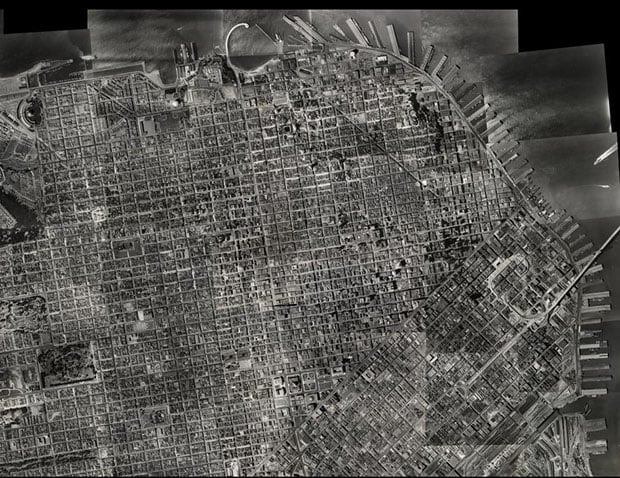 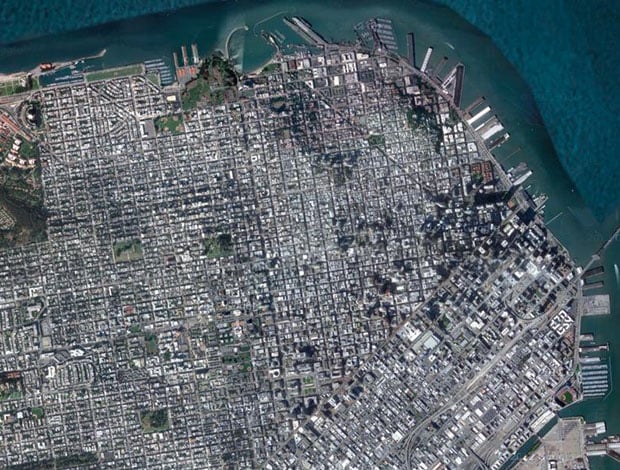 You can play around with the photograph yourself using this interactive viewer (or check out the full-sized version here):

Composite image of a set of 164 spectacular, large format, sharp, black and white vertical aerial photographs partially overlapping images covering San Francisco north of a line approximately between Merced Lake and Candlestick Point. Resolution generally better than one foot and much higher with high contrast features, for example the paint striping on a basketball court. Relative heights frequently discernible based on shadow cast of objects and structures.

The photographs were shot by an aerial photographer named Harrison Clay Ryker. Passionate about photography, Ryker partnered up with a number of pilots to shoot photographs from the sky, often of breaking news events (e.g. the 1923 Berkeley fire).

Here are some crops showing various areas of San Francisco: 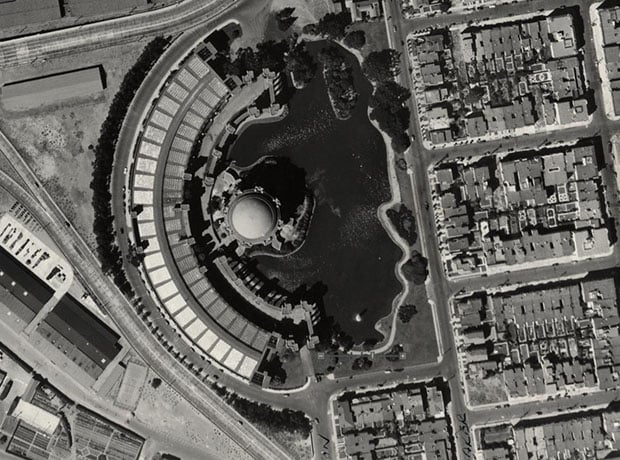 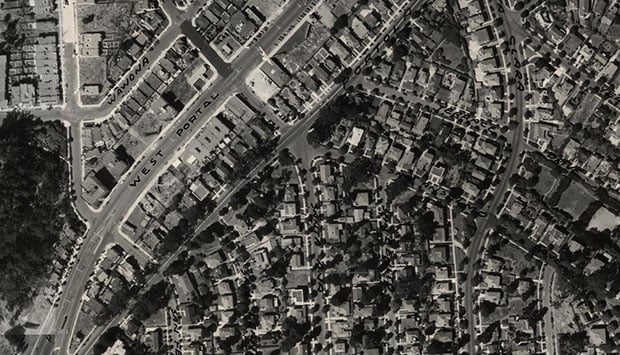 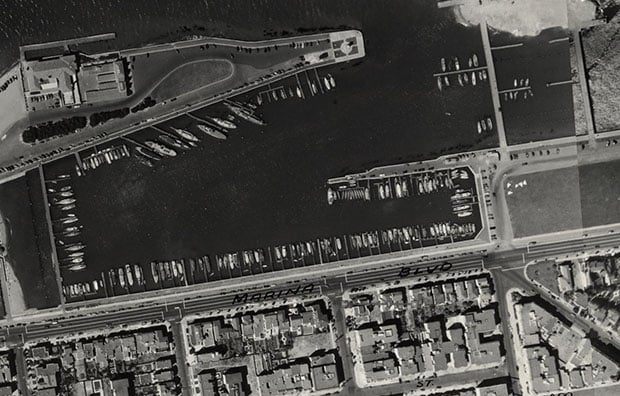 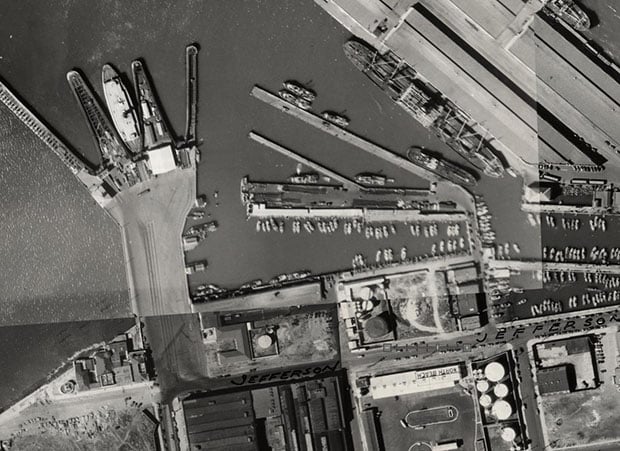 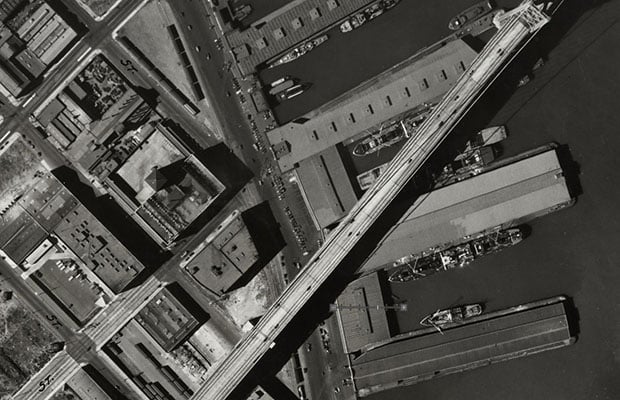