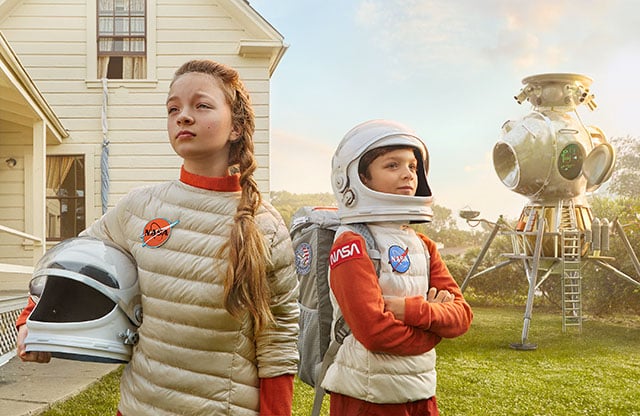 “Space Awaits!” is a personal project I did. I came up with the idea of a photo shoot featuring young astronauts. My inspiration was retro futurism as a fashion style and the era of human excitement about space travel.

The story is about two kids sneaking out of their house before everyone is awake, probably to try out the lunar lander parked in their backyard.

I started with a sketch because I wanted to find the best composition. The idea was to have a house and a moon lander in the background. 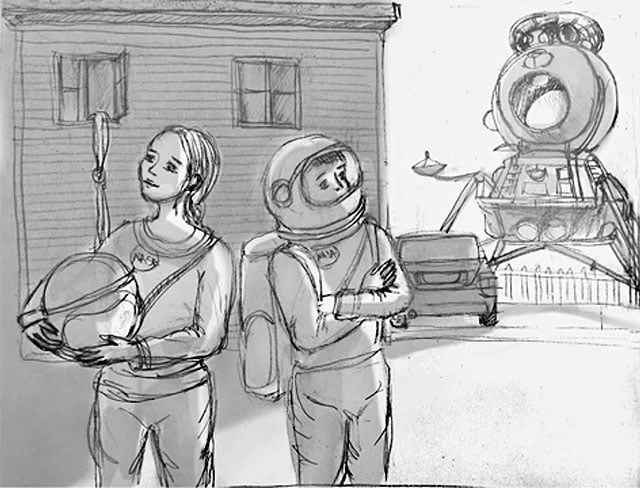 After completing the challenging task of finding and booking the right location and the right talents, we were ready to shoot. I knew I would be doing compositing because the house’s size and its windows’ locations weren’t ideal. Thus, I made a decision to shoot each kid separately and then put the picture together in Photoshop.

The lighting set up followed the idea that the story was happening early in the morning. Unfortunately, there are a lot of foggy days in San Francisco around this time of year, and I didn’t want to rely on the actual sunlight, so we brought LED’s. It’s very convenient to work with LED lights because they don’t overpower the ambient light, which I wanted to keep in the shot.

Thus, we put 1 stop CTO gels on the lights that were on the left side of the subjects and above their heads to create a warm light effect, because the actual sunlight, if it wasn’t so diffused by the fog, would be coming from that direction. I used another LED in front of the kids 1/2 stop lower than the other two lights, just to give their faces a little more light, since they were mostly backlit by the ambient and the LED lights. My camera settings were ISO 200, 1/80s, f/6.3, and 27mm. 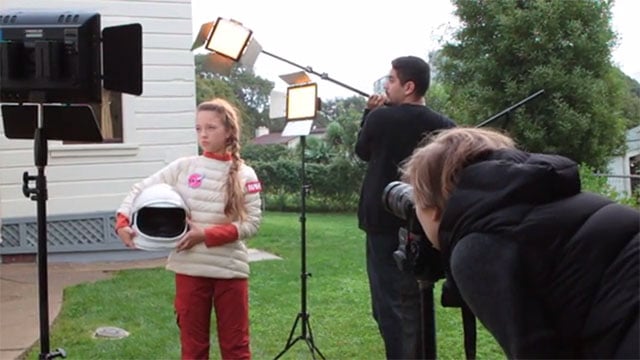 After the shoot I processed the RAW files in Capture One Pro to make sure my highlights and the darks were good. I also worked on the colors a bit to give the images that really nice warm tone as they had back in the 1960s and 1970s. In the meantime, our 3D design team got 360 degrees location images from me and started working on reflections in the 3D model of the moon lander.

The composting part is always fun because you can create something that didn’t actually exist in real life. I had to cover one of the windows of the house in post to make a better background for the girl. I positioned the boy and the girl according to the height they had in real life.

Then I did face, hair and clothes retouching, mostly using high-low frequency technique. Their skin was pretty flawless, so I mostly had to simply fix the skin tones and highlights on the faces and in their eyes. But I did have a lot of work to do on their helmets because they weren’t new.

I placed the 3D model of the moon lander with all the lighting and reflections made in Maya. However, I still needed to tweak colors, add some more warm light, shadows and grass reflections at the bottom of the lander and also a shadow from it on the ground. As a final step, I put it slightly out of focus, since the focus is on the kids standing in the foreground, and added some “sunlight in the air” layers in Screen mode to add more space, dimension, and separate the background object from the foreground.

Finally, I added clouds to the sky to make the image look more dimensional and complete. I changed the sky color to make it look as close to the original as possible to avoid the effect of fake sky. After that I applied 0.5 blur to the entire background to put it slightly out of focus and let the kids stand out a bit more. And that was it! 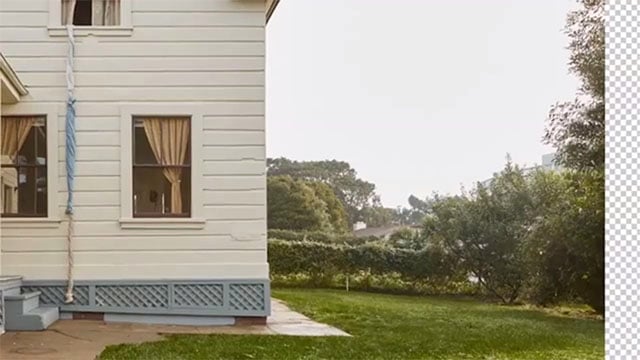 Here’s a behind-the-scenes photo showing the process of making the photograph:

About the author: Krisitna Varaksina is a photographer based in New York City. She has won numerous photography awards and has been published in a number of prominent magazines in the United States, including Communication Arts, PDN, and Digital Photo Magazine. Visit her website here.