Photographer Attila Bicskos was diving off the coast of the Philippines last year when he spotted a thresher shark swimming by and snapped a photo. He almost tossed the photo away afterward, but it’s a good thing he didn’t: the photo is now the first recorded image showing a thresher shark giving birth.

If you look closely at the tail end of the shark, you can see a baby shark emerging from its mother: 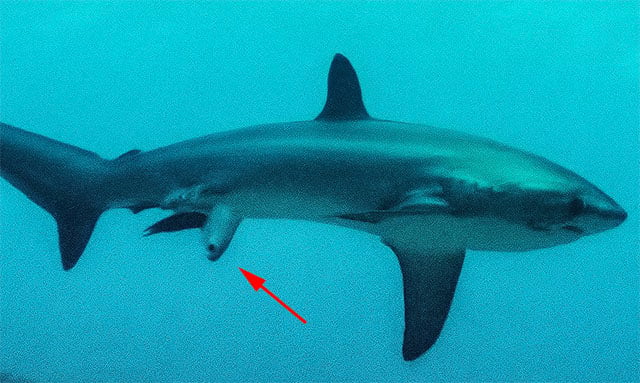 Bicskos tells the Huffington Post that he originally trashed the photo because he thought the blob under the shark was a jellyfish that had floated in and ruined the shot. “As it was I didn’t have a good profile shot so I revisited my trash folder and looked more closely at what I had. Even after I had stared at it for some time I couldn’t reconcile it was a birth, I guess it was just too far-fetched for that,” he says.

This groundbreaking photo has since been published in the scientific journal Coral Reefs. You can find this photo and more of Bicsko’s underwater photos over on her website.

Belly of the Beast: A Inspiring Profile of Analog Street Photographer Markus Andersen