Here’s a short and sweet video in which underwater photographer and filmmaker Tom Campbell tells of an experience he had photographing a whale shark, the world’s largest fish. 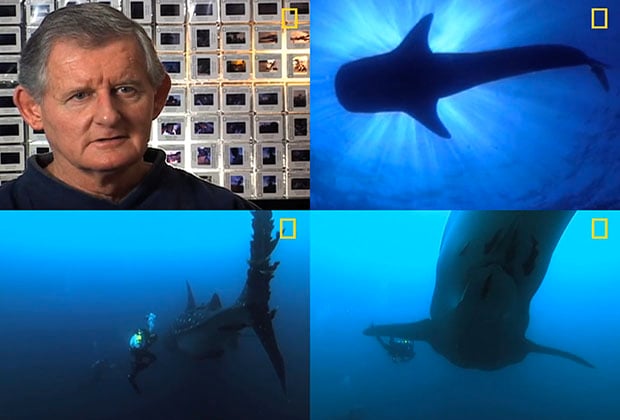 Campbell was diving in Ningaloo Reef in Western Australia with a scuba diver who was to serve as his model.

He specifically wanted a diver in the shot in order to provide a sense of scale: by seeing the tiny size of a human next to the fish, viewers of the resulting photo can appreciate just how big the whale shark gets.

The largest whale shark ever documented measured 41.5 feet long and weighed in at around 47,000 pounds. The fish is our planet’s largest living non-mammalian vertebrate.

Campbell says that when you get into the water with wild animals, you lose a large degree of control over how things turn out.

“There’s an area that you can’t call the shot,” he says. “You don’t know what the animal’s gonna do, so you make a calculated risk, and you depend on your experience, your training, and your ability as a photographer, but you’ve always got that overwhelming desire to get that picture.”

In the end, he managed to snap a single beautiful exposure of the whale shark opening its mouth with two scuba divers hovering nearby. You can find the photograph on this page over on Campbell’s website.

(via NatGeo via The Phoblographer)

Photographer Sues BuzzFeed for $3.6M for Using Photo Without Permission