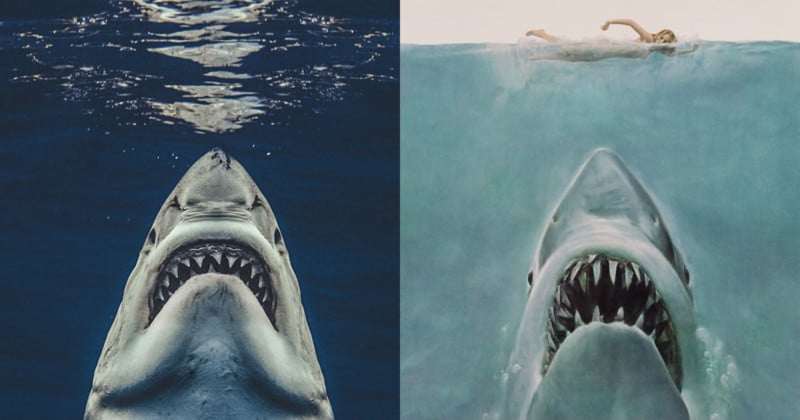 British photographer Euan Rannachan was shooting underwater off the coast of Mexico last year when he captured an incredible photo of a great white shark swimming up toward the surface of the water. The picture bears an uncanny resemblance to the iconic poster for the 1975 movie Jaws.

Rannachan was shooting from within a shark cage when the 17-foot female great white flashed a glimpse of its menacing mouth full of sharp teeth. The 32-year-old photographer managed to capture a perfect shot from just feet away. 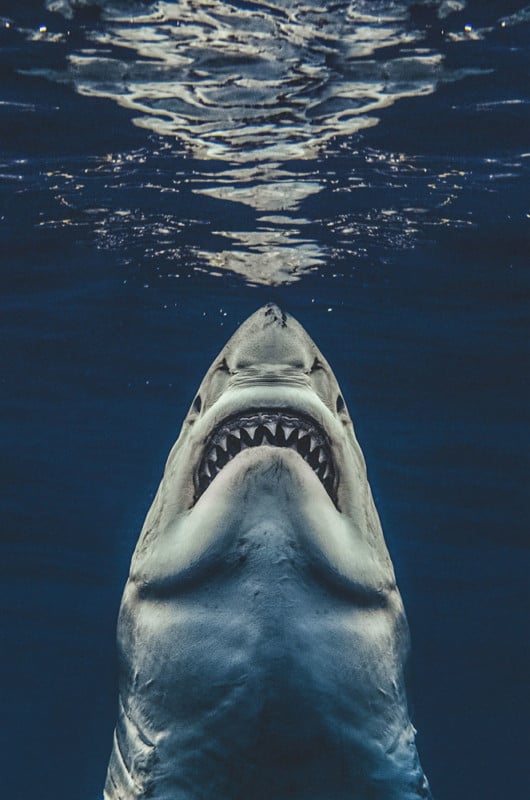 Here’s what the famous Jaws poster looks like, for comparison: 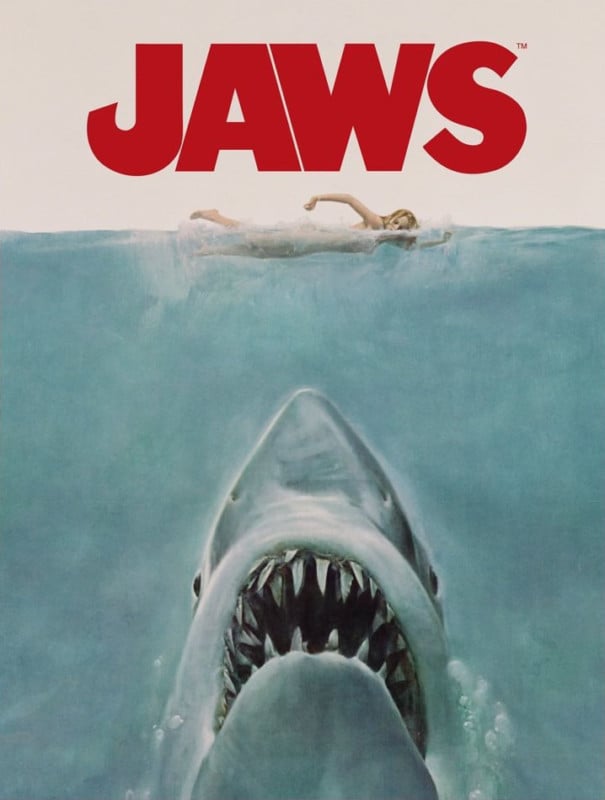 “We have these people on the boat called shark wranglers and they throw these two-foot chunks of tuna and get the shark close to the surface,” the photographer tells The Sun. “Sometimes when the wranglers play with the sharks, the sharks get p**sed off and dive down under the boat and the bait so they can come rocketing up and get it. That’s exactly what [the shark] was doing here, she was fed up probably messing around on the surface and dived back down under the boat.

“It was really deep there but the water clarity was amazing, and I just happened to be in the right spot seeing her coming up.”

You can find more of Rannachan’s work on his website and buy prints of his shots here.

Image credits: Photo by Euan Rannachan and used with permission

This Milky Way Photo on Nat Geo is Raising Eyebrows