Ten years ago, on January 14, 2005, NASA landed its Huygens probe onto the surface of Saturn’s largest moon, Titan. To commemorate the event, NASA released the above video that takes us on a 1,000,000,000x journey from a zoomed out photo of Saturn and the moon and into the closest photos captured by Huygens.


The wide view photos were captured by the Cassini orbiter using its 1-megapixel onboard camera: 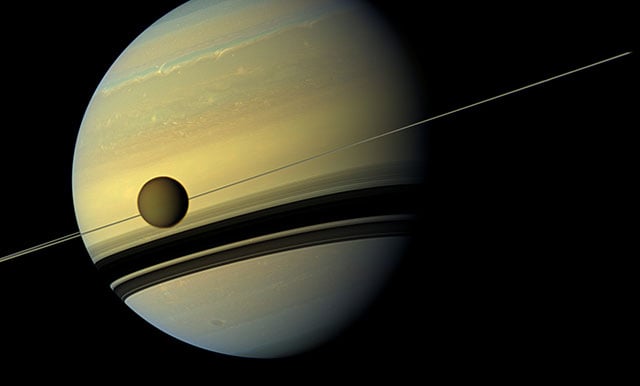 As the view zooms in, we move onto photographs captured by the Huygen’s probe during its 21-day journey, 2.5-hour descent, and successful landing.

Here’s the first view of Titan that was sent back by Huygens. It was the first photo from a non-planetary surface beyond Mars and Venus (the two versions are due to different image processing): 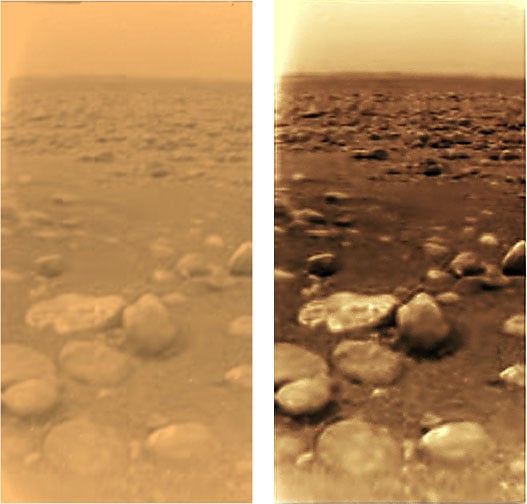