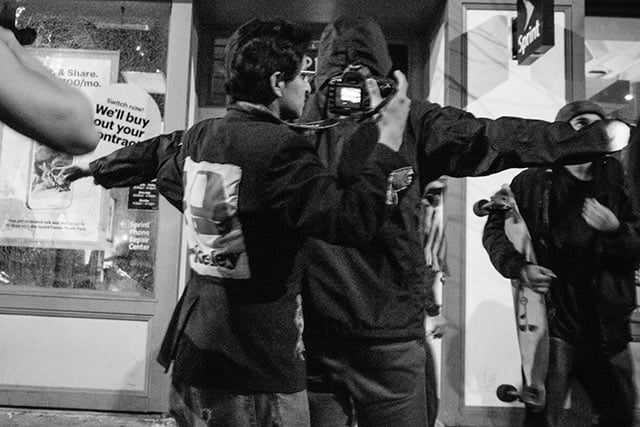 The world is going to pieces and people like [Ansel] Adams and [Edward] Weston are photographing rocks! — Henri Cartier-Bresson

What better way to conjure up a longing for freedom than to evoke the name of that avuncular figure of American photography Ansel Adams. It’s a name synonymous with photography, with stunning landscapes that leave one with an unbounded sense of liberty. So why not use Ansel’s name to grace a bill that sets forth to “restore the first amendment rights of photographers?”

After all, “in recent years, the Federal Government has enacted regulations to prohibit or restrict photography in National Parks, public spaces, and of government buildings, law enforcement officers, and other government personnel carrying out their duties.”

And let’s not forget, “in recent years, photographers on Federal lands and spaces have been threatened with seizure and forfeiture of photographic equipment and memory cards, and have been arrested or threatened with arrest for merely recording what the eye can see from public spaces.” 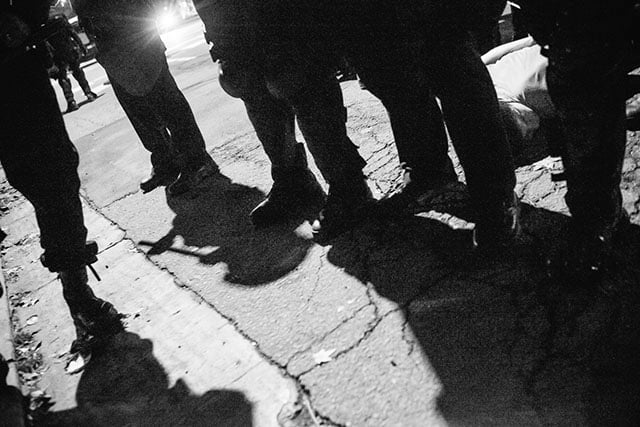 These are serious concerns indeed and Republican U.S. Representative Steve Stockman from Texas seems to have a noble intent. House Bill H.R. 5893 (The Ansel Adams Act) seeks to make sure that “future ‘Ansel Adams’ must not have their paths blocked, regulated and made more expensive with fees and fines, or be threatened with arrest and seizure of their equipment.” And just how will the future law prevent such ignoble things from happening?

In General. It is contrary to the public policy of the United States to prohibit or restrict photography in public spaces, whether for private, news media, or commercial use.

Prohibition on Fees, Permits, or Insurance. No Federal Government agency shall require fees, permits or insurance as a condition to take still or moving images on Federal lands, National Parks and Forests, and public spaces, whether for private, media, or commercial use.

I’m mostly ok with that, although I might take issue with getting rid of fees and the “insurance as a condition” when it comes to certain commercial shoots.

Yup! I knew it! There’s always a catch!

Paragraph (B) of Section 3 of the Ansel Adams Act is, in my opinion, dubious to say the least, and for several reasons. First, it codifies a process by which federal agencies can officially restrict photography of any of its (The federal government’s) people, places, or things before anyone gets to pick up a camera. In doing so, you would have to challenge the court order after the fact and given that the process will be set forth in law, challenging the court order would be that much more difficult.

This differs from the current process of challenging any unconstitutional legislation preventing photographers from shooting publicly based on 1st amendment legal precedent, a process that has a long record of success. (just ask the ACLU). And don’t get me started on the part about the lack of restriction of federal agencies to ascertain whether or not photography may endanger public safety, be a risk to national security or be restricted “FOR OTHER UNLAWFUL ACTIVITY” (ambiguous much?!).

This basically gives federal agencies free rein to decide when, where, and why they can restrict public photography. And, because the Ansel Adams Act would be a federal law, it opens up the door for states to pass their own comparable legislation which would be applicable to state and local agencies.

But what do I know? I mean, I will admit to not being formally schooled in constitutional law, and though the bill’s other provisions are inarguably important, I can think of at least one situation where Paragraph (B) of Section 3 might have ugly consequences for not only photographers but for public access to information. 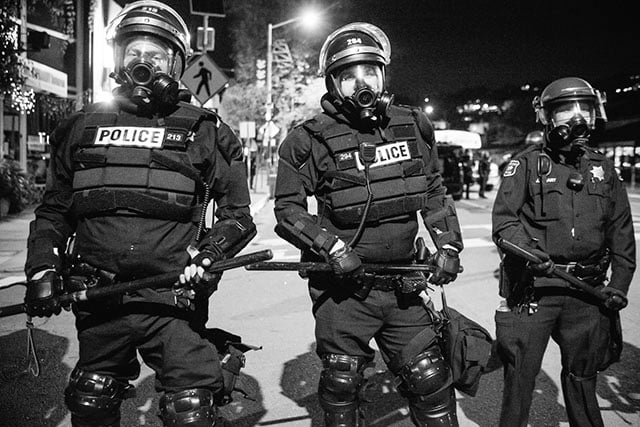 Police actions aren’t exactly fun, whether it be law enforcement overstepping its legal bounds in either a stop or arrest, or crowd control during a protest.

I was no more than four feet away from the officers you see above. At the time they were trying to disperse a crowd of protestors who had gathered to voice their frustrations over lack of indictment of police officers in both Ferguson and New York City. Before unleashing a barrage of tear gas and beanbag bullets, the police officially and monotonously made an announcement over a loudspeaker ordering the crowd to disperse or they (the police) would use force to do so.

Under a local version of the Ansel Adams Act and given the circumstances of the tense situation (several business had been vandalized earlier that evening), I don’t think it would be unreasonable to imagine an addendum to the announcement stating that by court order photography would be thereafter restricted. If that were the case, instead of having a series of images documenting what had gone on that night, I would either have nothing by way of me running off with my tail between my legs, or could potentially have been arrested, my camera confiscated, and any images taken that night destroyed.

And that would be the case for any other individual with a picture taking device.

Now granted, this may sound like a far fetched slippery slope. After all the bill hasn’t even come up for vote. Still, if there’s one thing Ansel Adams did know and try to teach, it’s that the devil is in the details, and I’d rather err on the side of caution when it comes to certain fundamental rights. Because it’s a lot easier to fight for them when they still exist than it is to fight to get them back.

If you’re not a fan of the language in Paragraph (3), here’s the complete list of House Representatives. Contact yours should you want to have that language changed. If you want more info regarding your rights to shoot in public in the United States, here’s an ACLU article about just that.

About the author: Pete Rosos is a freelance photographer in the SF Bay Area. You can find his work and writing through his website and blog. This article originally appeared here.