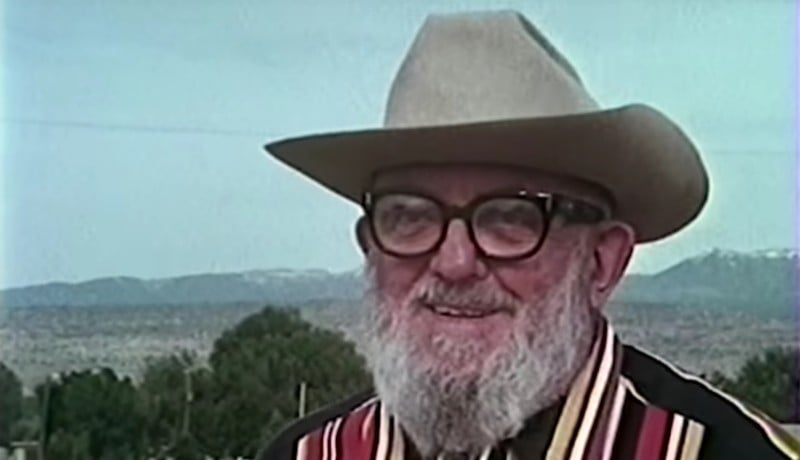 The great Ansel Adams would often say that his negatives were “the score” and the print was “the performance.” And one of his most famous “performances” of all time is Moonrise over Hernandez, New Mexico, the photograph you get to hear Adams himself talk about in this video.

As Marc Silber explains in describing this episode of Advancing Your Photography, riding shotgun with Ansel Adams on the way to Hernandez, New Mexico to talk about the moment he captured this iconic image is surreal. Hearing his son tell the story of how the shot was captured, and even show you how it was “processed” in the darkroom, is awesome; but nothing beats hearing the iconic photographer talk about the shot himself.

Watch it for yourself below. The previously never-released footage of Ansel Adams himself begins around 3:20 if you want to skip straight to it:

Beyond hearing the story from the man himself, it’s fascinating to get a peek at the “before and after,” seeing the image as it was captured in camera compared to the final print once Ansel got through with it in the darkroom.

Definitely watch the video through to the very end, and if you’re not done yet with Ansel Adams stories and footage, check out the next episode of Silber’s show, in which he and Michael Adams talk about Ansel Adams’ “biggest secret for stunning photography.”