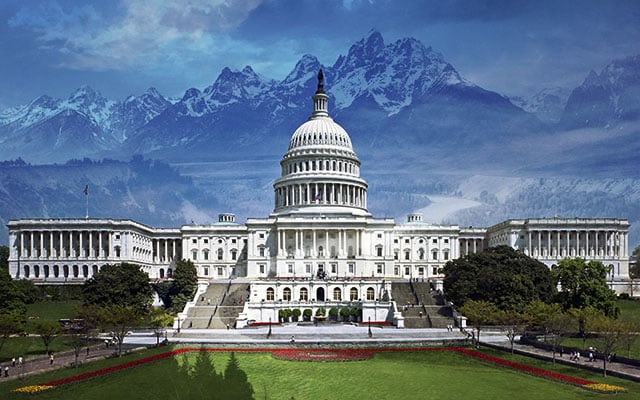 A new “Ansel Adams Act” introduced in Congress could have big implications on photographers’ rights across the United States. The bill aims to “restore the First Amendment rights of photographers” by removing restrictions on taking photos in public places.

Introduced on January 2nd, 2015 by Republican US Representative Steve Stockman of Texas, the document discusses the disturbing trend in recent years of the US Government creating regulations that prohibit or restrict photography in places such as national parks and public spaces, and of subjects such as government buildings, police officers, and other government workers.

Even when these laws don’t exist, people “have been instructed to prohibit photography from public spaces, and threatened photographers with arrest or seizure of photographic equipment,” the bill says.

Stockman argues that this is a violation of “freedom of speech and of the press” against the principles of the First Amendment. “Still and motion photographs are speech,” he says. “It is contrary to the public policy of the United States to prohibit or restrict photography in public spaces, whether for private, news media, or commercial use.”

Here’s the full text of the bill for you to read through if you’re interested (it’s rather short):

The bill is currently with the Committee on Oversight and Government Reform where it’s being held for consideration, and we’ll update you when there are new developments.