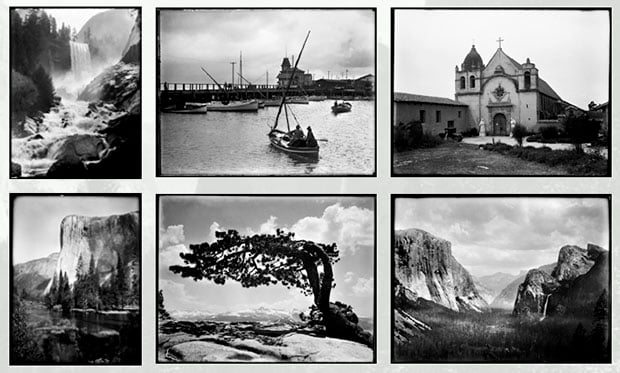 We reported yesterday that a set of glass plate negatives purchased for $45 in 2000 were verified by a group of experts as being created by Ansel Adams and worth upwards of $200 million.

In response to the article published by CNN yesterday, Ansel’s grandson Matthew Adams published a lengthy response on the Ansel Adams Gallery Blog.

One argument Matthew gives deals with the handwriting found on the material. Although much of the handwriting appears to belong to Ansel’s wife Virginia Best Adams, Matthew does not believe the handwriting matches. Furthermore, the presence of spelling mistakes seems to argue against this:

Virginia had lived in Yosemite every year of her life, and at the time of the darkroom fire, she was 33 years old. Virginia was an intelligent, well read young woman, enjoyed Yosemite and the outdoors, and it is inconceivable to me that she would misspell any Yosemite place names.

He goes on to question why Adams would forget about a set of negatives, when the photographer was known for his attention to detail:

What is less clear is how Ansel would have let negatives get out of his care, in any circumstance. Particularly after the fire, Ansel was very careful about his negatives. He kept them in a bank vault in San Francisco, and would go to the bank to pull a negative to work with. How 61 negatives could get out of his possession is hard to fathom.

In concluding his post, Matthew argues that the burden of proof remains on the owner of the negatives, a 64-year-old painter in Fresno, California named Rick Norsigian, and the team of “experts” that Norsigian hired to authenticate the negatives.

It is my opinion that with an artist of the stature of Ansel Adams, the burden of proof is on Mr. Norsigian and his team, and that the level of proof should be at a minimum “certainty”. This is based on the fact that a positive or negative conclusion is made for posterity, and therefore becomes a part of the legacy of Ansel Adams.

PDNPulse reports that Bill Turnage, the managing director of the Ansel Adams Rights Trust (which holds the rights to Adams’ name and work), has gone a step further by calling the negatives “an unfortunate fraud”. Turnage says that he has considered legal action to prevent prints made from the negatives from being sold under Ansel Adams’ name.

Rick Norsigian has spent years trying to prove the authenticity of the negatives, and has created a website through which he is selling prints for $7,500 a pop.

What are your thoughts regarding this situation and the authenticity of the negatives?

Update: CNN is on this story now. According to their article, Turnage went even further with his words, calling the other side “a bunch of crooks” who “are pulling a big con job.” Interesting…

Mila’s Daydreams Explores What a Baby Might Be Dreaming