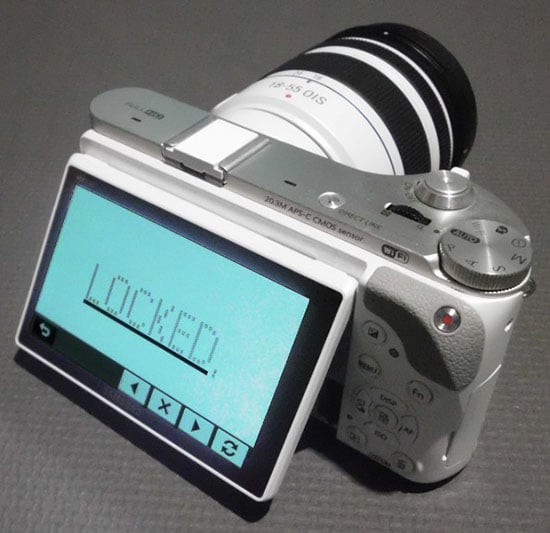 Want a camera that can automatically encrypt photos after taking them? A hacker named Doug did. After having this idea for years without seeing camera companies offer it, he decided to take matters into his own hands and make it happen himself.

What resulted is a new custom firmware for the Samsung NX300 that adds photo encryption to the camera.

Doug writes that his idea was set into motion after Samsung released the NX300, a Linux-powered, semi-open-sourced, mirrorless camera that can easily be rooted. “I knew this was my opportunity to implement my idea,” he says.

Here’s how Doug’s custom firmware works: every photograph captured with the camera is saved using public-key cryptography. When the camera is “locked,” only someone with the “private key” to the camera can unlock the camera and decrypt the photos. As long as the camera is locked, the photos are encrypted and hidden from the world.

Why would you ever need this type of system, you may ask? Doug offers some possible scenarios. One might be for photographers in dangerous locations. The system would allow them to snap encrypted photos out in the field that can only be unlocked by someone with the private key back home.

Another scenario might be any situation in which someone would want to make sure photos aren’t leaked into the world and onto the Web. Having the key means being able to control the only copies of the photos in existence.

If you’d like to try this firmware out on your own phone (at your own risk), you can download it here and read Doug’s instructions on how to install and use it.

This firmware is only available for NX300 cameras for now, but Doug says it can probably be used on other NX cameras since they have similar firmware (he just doesn’t have units to develop on at the moment).

Character, Style, and Mood in Photos