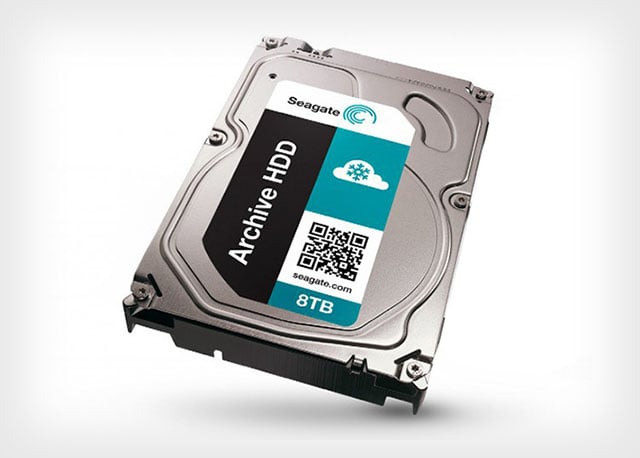 Remember the days when having a 1 terabyte hard drive was exciting? Well, Seagate has announced a new 3.5-inch drive that can hold 8 terabytes of your data, and with an affordable price tag to boot. It’ll cost just $260, which means you’re paying about 3 pennies per gigabyte.

The product is part of Seagate’s new Archive HDD line of drives launched earlier this year, which uses a special technology to pack more data onto the spinning platters inside than ordinary drives do.

Compared to newer solid state drives and faster disk drives, however, the Seagate drives aren’t very fast with reading and writing data (150MB/s versus 1,800MB/s and 5,900RPM vs 7,200RPM, respectively). Thus, they’re designed more for data archival (to avoid storing “all our eggs in one basket,” you could buy multiple drives and use them in a RAID configuration).

You won’t be able to snag one in time for Christmas, though. Amazon only has a 20-pack of these drives for $5,000+. They’re expected to arrive on a store shelf near you starting in January 2015.