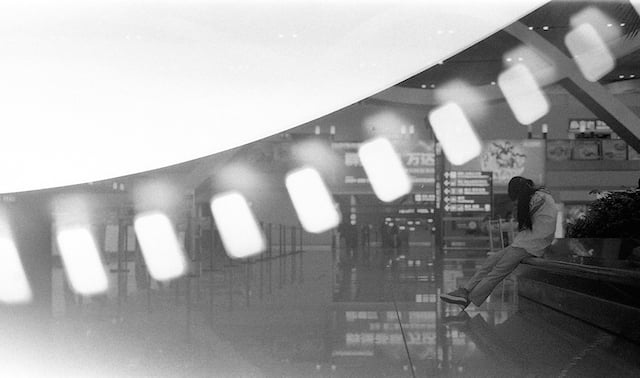 Being forced to pull a loose, already-exposed roll of 35mm film out at a security checkpoint in a foreign country might seem like a disaster, and in most ways it is, but that’s also the circumstance that led to this beautiful image by photographer Gavin Johnstone.

Johnstone shared the story a week ago on Reddit and his blog, where he explains how two corresponding mishaps led to the photograph you see above.

This happened to be a bulk loaded roll of HP5+ that was in my camera when I left for Nepal in April of 2014. I shot the roll with out issue however when I reached the last frame and went to wind (not knowing it was indeed the last frame) I accidentally tore the scotch tape that held the film to the spool. CRAP! At this point we were in a quaint little village called Tal. I waited for it to get dark outside, climbed into my sleeping bag head first in hopes to remove the film and put it into a black plastic canister without ruining the roll. After all, I still had two months of travel ahead of me. I opened the camera and got the film out with little effort and rolled it so it would fit into the plastic canister. No problem – I would deal with it when I got home.

But that, it turns out, was wishful thinking. Four weeks later, having just arrived at the airport in New Delhi, security made him open every single one of his film canisters for inspection when he refused to let them go through the X-Ray machine.

Re-exposing the hastily rolled up loose film to light destroyed most of the shots, but the image above and a few others instead turned into something more… artistic: 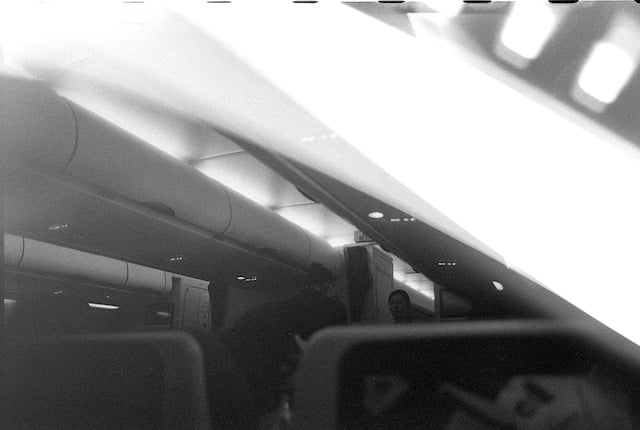 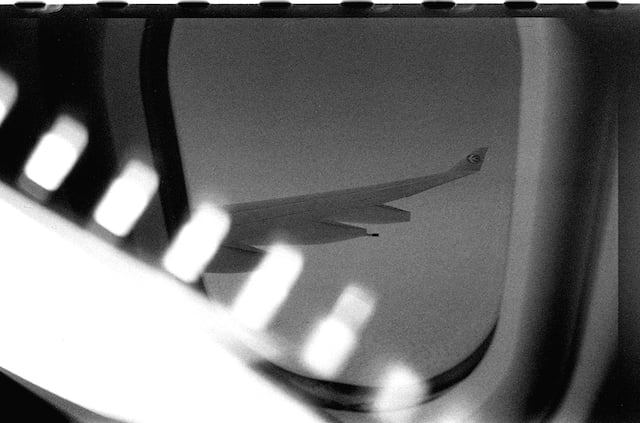 Of course, none of the other photos quite compare to the one at the top. The sweeping 35mm sprocket holes complement the composition of the shot and actually lead the eye to the subject sitting in the right side of the frame.

As the commenters on Reddit pointed out, his film would have been 100% okay going through the security scanner, even multiple scanners. But even though he could have salvaged the full roll, creating this one ‘ruined’ shot may have been worth losing the rest.

Image credits: Photographs by Gavin Johnstone and used with permission.

Rude Tourist Photographers are Getting Photography Banned in Japanese Temples

Simeon Quarrie Calls Out the Trolls, Speaks to the Hazardous Reality of Negative Comments Online