Warning: This post contains strong and disturbing photos of euthanasia and animal suffering. 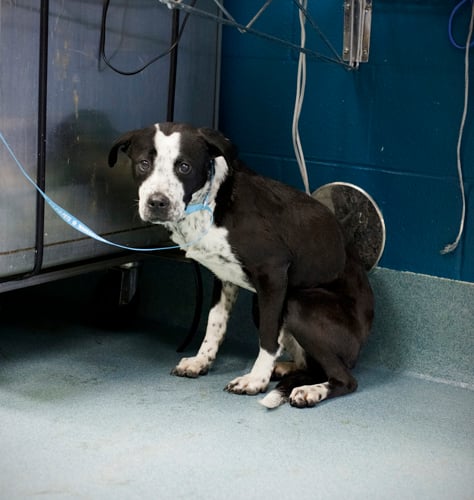 Every year in North Carolina, over 250,000 animals are euthanized because there is no one willing to adopt them and care for them. This averages to nearly 700 animals killed daily. NC-based photographer Mary Shannon Johnstone has been on a mission to draw public awareness to the issue of animal overpopulation. Her gut-wrenching project, titled “Breeding Ignorance,” offers an brutally honest look at the conditions inside animal shelters and the tragedy of beautiful (and often healthy) animals being put down.


Johnstone writes, “I hope these photographs call attention to the tragic epidemic of animal overpopulation, and illuminate what happens when we don’t spay and neuter our pets.”

You can find more of Johnstone’s photos over on her website. Be warned, though: many of the photographs are even more graphic and disturbing than the ones featured here.

The photographs in the project are divided into two subsets. One is titled Discarded Property, and focuses specifically on the topic of euthanasia. The other is titled Shelter Life, and offers a look at the conditions of animals at shelters.

Johnstone has also bee working on a separate project titled Landfill Dogs, which features portraits of dogs that are at risk of being put down if they are not adopted soon.