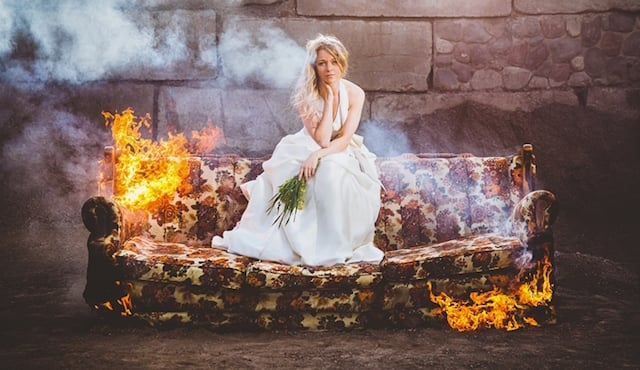 It just started as a cool idea. New Zealand photographer Tom Hollow had a broken couch he needed to get rid of, and so he decided to burn it and take pictures. Then he decided to put a bride on it because, in his words, it “would look cooler with a bride.”

It wasn’t until after the shoot that he realized the images fit a particular storyline quite well: divorce.

Speaking with friend and old co-worker Kenny Coverstone at Fstoppers, Hollow explains the culture shock surrounding divorce that he experienced when he moved to the US, and how that inspired him to fit this particular narrative to the couch images:

Other than it fitting the images perfectly, I chose divorce because it’s everywhere in the USA. I don’t believe in it. Call me traditional but I believe when you marry you’re in it for life – hard times and all. This is a large topic, I understand, and we could probably discuss both sides for weeks on end. However, when it comes down to it I believe we could avoid a large chunk of the ever-growing percentage of divorce rates by putting our spouse above ourselves and living selflessly. That was my aim. 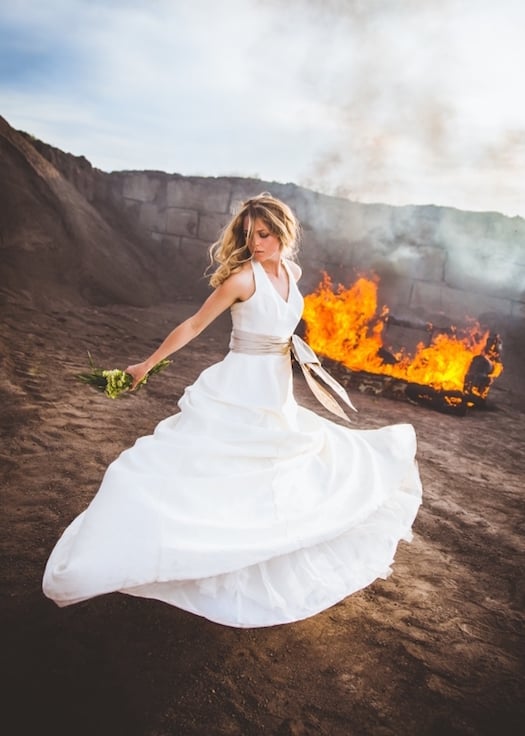 Of course, the topic is endlessly debatable, and Hollow admits this, but this was the message that best fit the images and the one he personally believes in.

As to how the images came together, Hollow was fortunate enough to have great friends. One of them owns a quarry they were able to use to safely burn and dispose of the couch.

Once the location was set, friends and fellow photographers Bobbi Tolman (who modeled the dress), Jimmy and Brittany Bush pitched in to make sure the shoot went off without a hitch.

The final photos are both dramatic and unique, with or without divorce as a backdrop: 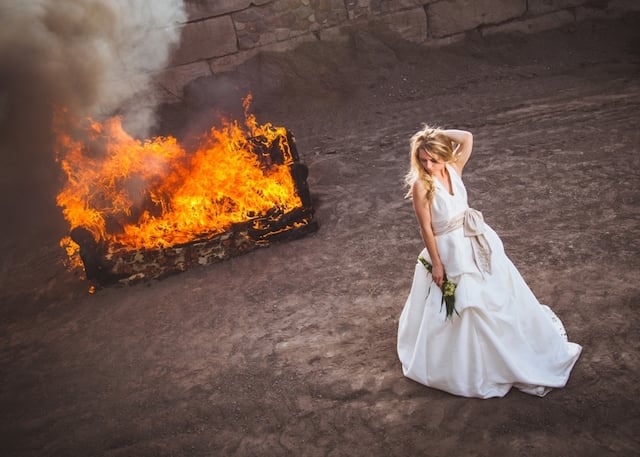 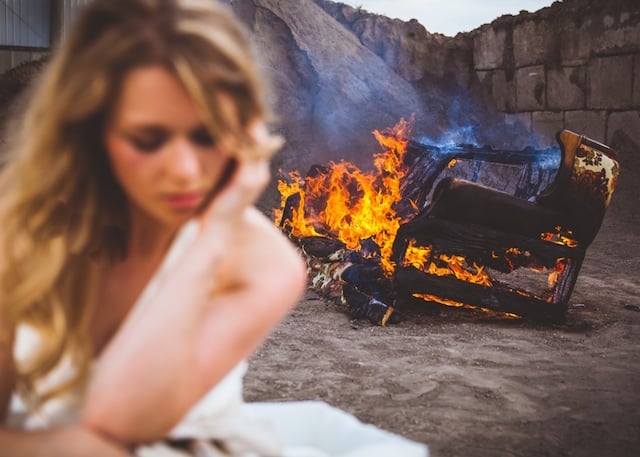 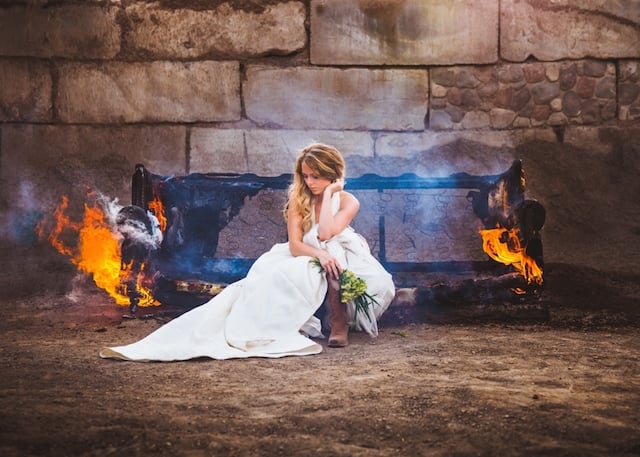 Image credits: Photographs by Tom Hollow and used with permission

Rosetta Beams Down the First True Color Image of Comet 67P, and No It’s Not Gray